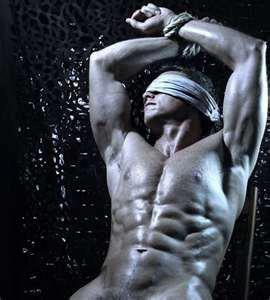 It was a Saturday night and She was looking for fun. Not your average lady type fun, but the darker type. Alice noticed a father and his teen son walk into the bar. He motioned for his son to sit down near the door. He left him there and never paid the boy a single glance.

This was her target. Alice watched him for an hour. He looked bored and thirsty. She walked over to him and asked if he needed a ride home. To which he said yes. He introduced himself as Doug. She asked him how old he was, he said he was 17. Alice told him she would get him a quick soda and then tell his father she would take his son home.

Alice got the soda and coyly pour an unknown powder into it. Using the straw she stirred it in. She handed it to Doug with a warm smile. She knew men / boys trusted her. She had a sophisticated way about her and a gentle demeanor. The perfect disguise.

Alice informed the now drunk father that she would escort his son home. He brushed her off with a “yeah, yeah” Alice smiled to herself “What a fuckin’ moron” she thought. She noticed Doug was starting to feel the begining effects of the drug. She helped him into her car and asked for directions to his house. He lamely pointed towards a street for her to turn down, but she only drove past it. Doug’s head fell to the side to look at her in wonder. “We have to make a stop at my apartment, then I can take you home sweetie” Alice assure him.

Once they were in her apartment she guided Doug to a dark room. Not a single window in it. A light glow above a chair did try to fight its way through the darkness. Alice sat Doug in the chair. She asked him how he was feeling. He said he was very light headed and felt sick. Alice put leather straps around his wrists. Between them he could hear a chain jingling. Alice said she was going to help him with the nausea by raising his arms. He heard her crank something. The more she cranked, the higher his arms rose. Eventually he was on his toes.

She always returned the men somewhere safe to wake up thinking it was just a beautiful dream. Unknowing that they had fucked a party of wealthy ladies who had enough of their old cock husbands.

This party was special. She had a client request a boy between 16-18 for her daughter who was less then attractive.The client wanted to experience and bond with her daughter over this young man. Alice placed the call that all was ready.

She gave the price since this boy was more attractive then what she had promised. Doug was a fine young thing. Tall, athletic build and a nice cock hung between his legs. He was already well groomed. His only pit fall was a shit father. That worked to her benefit though.

Find out next week what happens to Doug. Something that had never happened before…happens. Call for the rest of my hot kinky story!