Submission: EVERY Part of Me Belongs to Him* 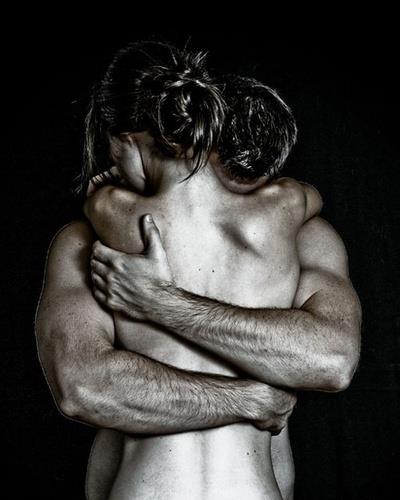 I am owned.  My heart, mind, body, and especially my orgasm. I am NEVER allowed to release without his permission. It is only permitted WHEN he desires it, HOW he desires it, and as many TIMES as he desires it. I am in total submission to him.

Last night found me nude – wrists bound together with rope, then hoisted above my head and held there by the large industrial hook in the ceiling; ankle cuffs applied so that my legs were restrained as well as my wrists; spreader bar holding them apart so that my Owner has full access to all my most intimate parts – all of which, of course, belong to Him. We hadn’t even started yet, and already I could feel the tension of the position working on my muscles. Pulling. Straining. Making my entire body ache to change position. But I was held firmly in place, with nearly no slack in my bindings.

He had bound his eager submissive and then left her here.
Tense. Expectant. Waiting, for an undetermined amount of time. Until HE was ready to begin. Here I stood, beginning to struggle a bit against my taut bindings when I heard him enter the room behind me. He laughed softly as he came to stand just behind me – strong hands running lightly over my tight, shaking muscles. He wrapped his muscular arms around my midsection, and applied gentle pressure, pulling me downward. The tension in my arms turned to pain and a low, audible groan escaped my lips. I felt his warm, hungry lips brush the back of my neck in approval. Next, I felt his big hand cup my chin from behind, pulling my head back and forcing my eyes up.

I felt his stare pull me in and hold me there for what seemed like hours as he paused; considering what he wanted to do with HIS possession.

I greedily stared up at him, knowing he would not allow direct eye contact for very long, eyes gazing up into his adoringly. His indulgence of me brings such acute feelings of intensity that at times, it is overwhelming – like now. As I felt the blindfold slip over my eyes, I put my entire being – mind, heart, body, and soul –  into his trusted hands. My submission belongs to Him.

I could hear him moving in front of me, and the next thing I felt were his thick, strong fingers, roughly stroking up and down my already-wet slit, then pushing inside – not painfully, but aggressively, as if he could no longer hold back the urge to touch; caress; penetrate the pussy that belongs to HIM. I bucked against my restraints, and I could almost picture him smiling as he watched my body writhe, his fingers working in and out of that wet cunt in a steady, controlled rhythm. I unconsciously began to whimper, and immediately felt a strong hand pressing down against my mouth.

This meant it was far too early in our game for such vocal expression of pleasure.

I clamped my mouth together and bit down on my lower lip. As my teeth dug into the flesh of my lip more firmly, I heard another pleased chuckle. I tried to push my legs together and stop his rhythmic stimulation, just for a moment, as it was becoming hard to be quiet as he wished for me to be – but there was no give at all. My pussy was spread wide open, defenseless against his aggressive teasing, touching, and exploration of my tender insides.

My arms ached from the strain of struggling against my ropes, but this was quickly forgotten as I felt the familiar round head of my wand press against my wetness. Mouth opened in a startled gasp as he turned it on, full power, holding it firmly against my pussy as my hips bucked involuntarily. There was no being quiet, then. Moan after moan issued from my mouth as he relentlessly increased the pressure, pulling my pussy lips open and angling the wand so that my clit was being directly stimulated. I screamed out involuntarily then, shaking all over, pleas to be allowed to come falling from my lips. Begging; pleading to cum, as I knew I could not hold back for much longer, and at the same time, knowing that I MUST NOT release without his permission.

Suddenly, I felt the pressure released, and his fingers were sliding inside the pussy that he owns once again.

Thrusting them inside, working me to the edge of cumming – then sliding them out again, just as it becomes too much to bear. We continued on this way for what seemed like an eternity, alternating his fingers with the wand. Teasing, edging; bringing me to the brink of orgasm again and again, only to stop seconds before I went over the edge. I squirmed, I begged, I pleaded; but it was all in vain. There was no response, no laugh, no reprimand. Simply the continued caressing of my body as he teased and toyed my dripping pussy over. And over. And OVER again.

I was so desperate! SO stimulated;  pussy SO swollen. I was nearly in tears, rambling, out of my mind with the feelings that giving my submission to him always bring out in me. I felt a strong hand slide up my chest, strong fingers wrapping themselves around my throat, applying light pressure. As his fingers tightened, pressure increasing, the aggressiveness with which he used the wand increased as well. It was pressed SO tightly against my pussy that it was stretching my lips wide. I felt his hand move over those swollen lips, pulling them together around the head of the wand and holding them there – grinding it in circles, directly into my open pussy and against my sensitive, overstimulated clit. His hand tightened even further around my throat, and I could feel his hot breath as he pressed his mouth against my ear and whispered one word: NOW.

Once my body became still, the wand was turned off, his hand gentle as he continued to slide his fingers up and down those now-sensitive pussy lips, almost as if soothing them. Suddenly, I felt a cold liquid against them and jumped in his hand.. I could feel his fingers spreading, coating my soft pussy with lube before pushing their way inside of me again. Finger fucking me more forcefully this time, my tortured muscles beginning to protest as they tightened and struggled again. Again, warm breath next to my ear, with only 2 words uttered: ALL NIGHT.

My head began thrashing from side to side, and the only word I could utter, again and again – “Please!.. Please!”
Even I was unsure as to whether I was begging for him to stop? Or to continue. In my heart I knew it did not matter. He would not stop playing with his belonging until HE was satisfied. My submission is his. It was a long, exhausting, and extremely satisfying night for both Dom and submissive – the kind that binds His submissive’s heart and soul even more firmly to Him.

Intensely excited? Curious? CALL ME to hear more of my submission.