Striptease Bet That I Have To Pay For Him! 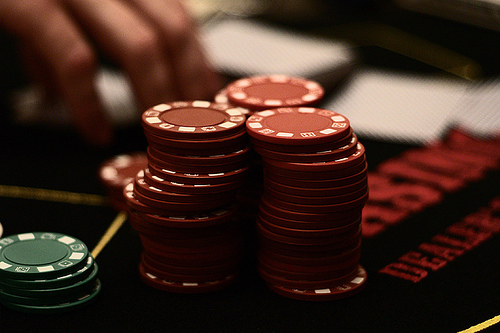 He loves gambling, and makes a striptease bet that I have to pay.

A striptease bet sounded fun..until he lost and had to pay up, with me! I thought my boyfriend always had his little gambling addiction, it was really never a problem and I loved to tease him about it. He’d have his poker nights and I’d have a little fun doing whatever I wanted, going out on the town with the girls. Little black dresses, heels, hair and makeup all made up.. It was perfect, getting to dress up and have a little fun while he brought the guys over to drink and gamble and take it easy. One night, I came back after a fun little night and saw them still gambling at the table. Didn’t think much of it, just let it go and walked on by, flirting with Jake and glancing over at his friends, asking how it’d been going..

That’s when he pulled me over for a second, saying he needed to tell me something. I thought it was going to be something about how I was dressed, I’d gone a little sluttier that night.. or maybe that he’d won or lost big that night. Either way, it didn’t affect me much no matter what the outcome was.. until he told me that he was so sure he’d win, he’d bet that I’d give a striptease for them all if he lost. And guess what? He lost. I was standing there in my little black dress, all tired from dancing all night, and now I had to settle his debt to his friends, because he’d made a striptease bet. I could kill him right then and there! But then..I decided to have a little fun with it.  If he thought he could put me on the table as something his friends wanted to see, I was going to give them the best show of their lives.

Lights down low, little dress slowly being undone.. I made sure I made their eyes linger over every inch of my body. I’d lean in a little closer, let my fingers trace up their arms.. his best friend’s arms, specifically. I wanted him. I’d always thought he was cute..and I think he’d liked me back. And if Jake had been stupid enough to put me on the table as something they could win..I’d show him just how bad of an idea that’d been, when he realized I might fuck them all that night!