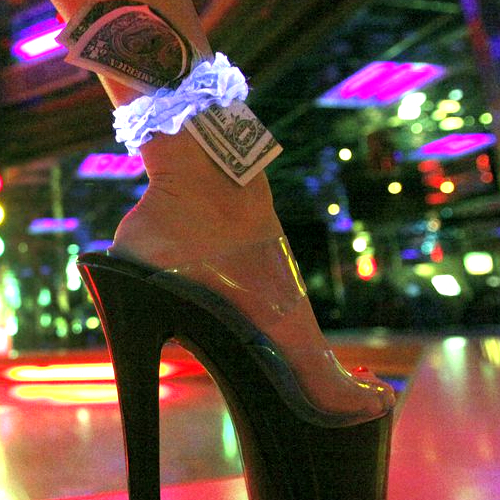 I danced upon each of the guys and they all groped me everywhere. A few pulled me in for sloppy, wet, beer-flavored kisses. But, it was pretty damn hot how excited they were to see me strip for them. I love being the center of attention, especially from a group of six hot dudes. After giving each of them a little one-on-one attention, I stood in the middle of the room and stripped off my dress. I danced and twerked in my lacy see-through panties and bra. When my eyes scanned the room, all I saw were hard dicks bulging beneath jeans. I started rubbing my clit as I danced. They all turned me on so much in this huge six-dick gangbang. Then I took off my bra and went over to the groom-to-be, straddling him.

Do you want some taboo phone sex? Call me!