Stranger Sex at the Masquerade Ball* 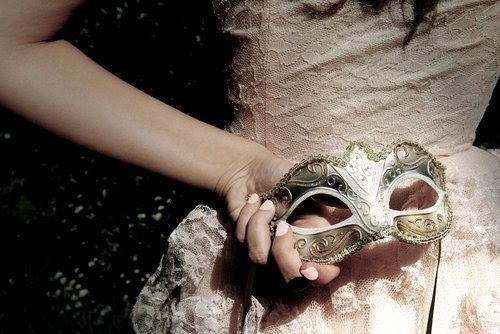 Stranger Sex at the Masquerade Ball

Stranger sex is some of the BEST sex you can have. It’s even more exciting and taboo when both of you are wearing masks! MAYBE it’s a stranger you’re fucking; or maybe it’s your best friend! Your boss’s husband? Neighbor’s son or daughter? You’ll never know for sure, and that’s what makes it so tantalizing!

I spent a few hours at a masquerade ball a friend of mine was throwing last night. I wasn’t there for very long; but apparently just long enough to get myself into some dirty trouble – in the form of some ultra-hot stranger sex! My friend throws this masked ball every year on Halloween. Most of us are young, and the majority are single or are swingers. So of course, the point of the party is to get to know people more… intimately, without the pre-conceived notions that people  have about you when they know your identity.

I was playing social butterfly when I noticed a very well-built younger gentleman staring at me from across the room. To be slightly conceited for a moment, I did look pretty fucking hot in my ball gown. It was black; long and flowing from the waist down, but from the waist up, it was a corset-style  dress. It was laced SO tightly that I could barely breathe, but it was worth it when I passed a full length mirror and saw how tiny my waist appeared! Not to mention the way it pushed my already-big, natural tits together and upward, so that they were almost spilling from the top of the corset. Even my mask was sexy – black, to match my ball gown, and very intricate decorated with diamond and black Swarovski crystals.

Not that I’m ever shy, but I was feeling even more bold with my identity safely concealed.

I walked over to him and told him that I had been noticing him, noticing me. I asked if he would like to go somewhere quiet so we could get acquainted. Perhaps he was feeling more bold as well because without a word, he held out his arm,  I took it, and he led me out of the ballroom and down the hall. I know my friend’s house well, so I figured out he was leading me to the study, which would be closed to party-goers, and the perfect place to be alone. Hmmmm.

That means whoever this hunk is – he has extensive familiarity with my friend’s house as well! I found myself full-on staring at him. I was so absorbed in trying to figure out who he was that my brows were drawn together in concentration. He laughed softly and I startled, a little embarrassed to be caught studying him so intently.

His laugh. It sounded oddly familiar to me, though I couldn’t place it. It was driving me mad, not knowing who he was! But at the same time, my pretty lace panties were soaking wet; and getting wetter all the time as I sat and stared at him! He took my hand gently in his, and then brought it up to his mouth, planting tiny soft kisses all over it. I thought I was going to faint on the spot – but I’m glad I didn’t, because he had SO much more in store for me!

We spent the entire 3 hours I was there locked in the study together – alone.

He finally put me down on the sofa – his strong, muscular body hovering over me; lightly pressing down against me, pinning me in place; mouth hovering just above mine, almost as if he were teasing me! I looked into his eyes. Warm. Brown. Expressive. and familiar! My hand crept up unconsciously, intending to pull off his mask. His hand easily captured my wrist and pinned it above my head as he crushed his lips down onto mine.

Whether it was the passion of that kiss, or the increased intensity from not knowing who he was – that was my first orgasm by kiss alone. I gasped for air, my entire body shaking beneath him, lips still pressed against his. I could feel his mouth smiling against mine as he held my body down firmly with his body weight; feeling every little shake and shudder running through me as my juices flooded my panties. I felt like I had grabbed hold of a live wire and been jolted from head to toe with electricity! Again I tried to remove his mask; again he would not allow it.
Three hours of stranger sex later, I was stumbling my way back home.

I have no idea who I fucked last night.