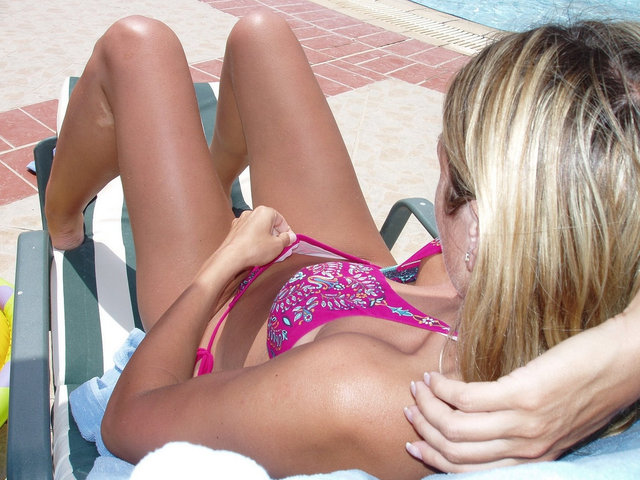 How would you feel if a stranger asked your girlfriend or wife to try on lingerie?

My long term boyfriend and I were out shopping. As we walked in to the store we split up to look around. A stranger approached me with some lingerie and asked if I would try it on for him. I told him that my boyfriend was in the store as well so I would have to check with him to see if it would be okay. The stranger said that’s fine and followed me through the store until we found my boyfriend.

The stranger proceeded to explain that I was the same size as his wife and he just wanted to see how the gift he planned on buying her would fit my boyfriend looked a little less annoyed. He told me that I could do it if I wanted to. I told the stranger that I would do it but when he handed me what he wanted me to try on I was a little baffled.

The lingerie was a full piece fishnet outfit, if you could even call it an outfit. The crotch was fully cut out for easy access. I gave him a strange look but took it into the changing room. It fit a little big and with the missing coverage I decided to keep my panties and bra on. I opened the door and told him it fit a little big. He asked my boyfriend to go get a smaller size. Not thinking anything about it, he turned and walked off to do as he was asked.

Once he was gone the stranger asked me why I kept my bra and panties on.

I explained that it was a little big and that it would have exposed some private areas. He said that he wanted to know if the material was going to bother those sensitive spots on his wife and asked if I would mind taking them off to let him know how it felt. I was pretty hesitant but when he said he would behave I agreed.

As I turned and showed the stranger how the lingerie fit my sexy body he asked how it felt. I told him that it actually felt quite nice. I expected the fishnet to be more chafing but it was surprisingly soft on my nipples. He asked if he could feel it as well. Now this I wasn’t sure of. Should I let him put his hands on my body? I mean my boyfriend wasn’t even there to say agree to it. What do you think? I can’t wait to tell you how far it went. Do you have any sexy stories about dressing rooms you’d like to share? Give me a call and let’s exchange some Free Erotic Sex Stories!!