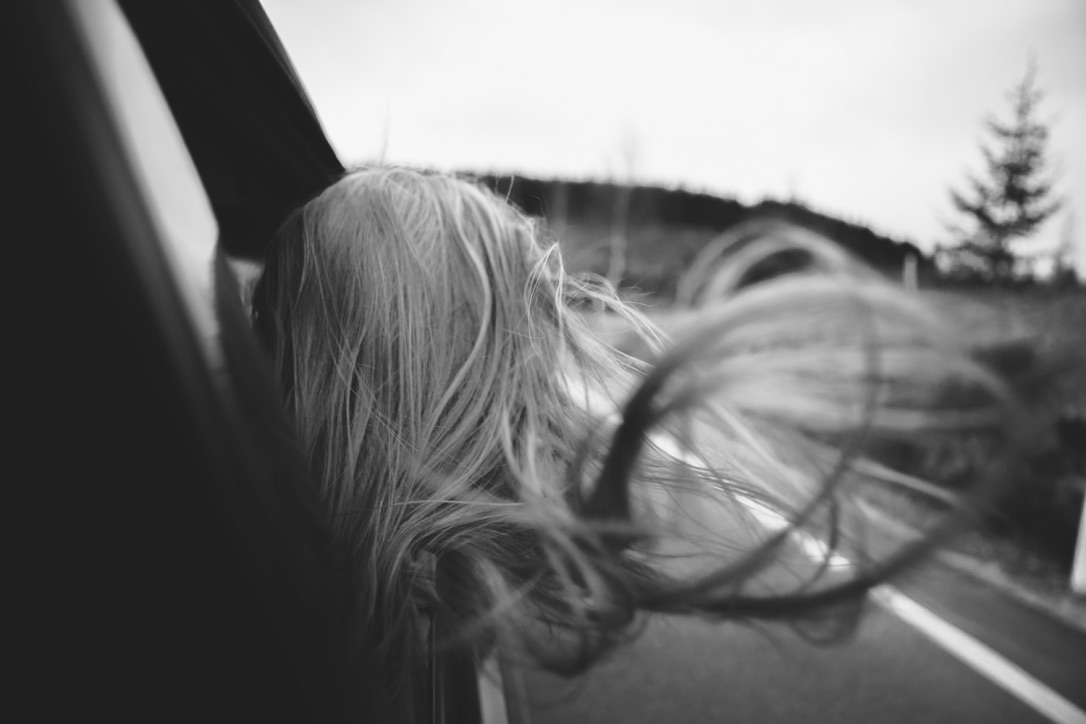 He said with a smirk while glancing over at me. Older but handsome, he had a way about him, more than just charm. It was confidence like I had never seen. “What was that?” the desk guy asked.  ” I said she was a stranded young hitchhiker, I found her on the side of the road.” The desk clerk handed him the room keys, and still, his eyes managing to never unlock from mine. His crow’s feet smiled at me, and his electric blues pierced my soul. His name was Ray, and the story behind our first encounter is well, in short, interesting to put it mildly.

I was hitchhiking through the west coast.

Freshly eighteen, I was ready to get the hell out of my small town. I didn’t have a ton of cash, but I was thrifty. I could survive off of saltines and water as long as I could feel that hot sun beaming down on my newly bronzed skin. What I couldn’t predict was rough men trying to take advantage when I just wanted a ride to the next spot. I was trying to get to Las Vegas.

I had been on the road for a month.

On this particular day, a man and his friend found me hiking the road. I had limited myself to women drivers. Running low on water, my options became limited, furthermore, the sun was burning a few degrees hotter than I anticipated.  A stranded young hitchhiker, I was taking any help I could get. It was a three-seat bed in an old beat-up Pontiac. The back seat packed with all types of boxes, brimming with god knows what. As soon as I closed the squeaky door, the passenger reached across my chest to lock it. His arm brushed up against me for an uncomfortably long ten seconds.

The car started a slow crawl.

I glanced over and began noticing they had made some sort of signal to each other. Low whispers formed, and panic mode set into full force on my end. The passenger slowly slid his right arm across my back, his body turning towards me in the motion. “Aren’t you just too pretty?” He said with a tone that only reinforced the panic I was in. He slapped his hand right on my bare inner thigh and began making his way up.

The door swung open and I rolled off the street into the sandy desert, where I laid paralyzed until the adrenaline wore off and I passed out. I woke up to a cold wet handkerchief patting my forehead. I remembered how I got there and began to open my eyes only to see Ray’s big blues staring right back at me. His touch calmed me, and I trusted him right away. Not that I had much of a choice, but I’m glad it was him that found me. He laid me down in the back seat of his car, cleaning my scrapes, and giving me water.

Tune in next week to read Part Two, or in the meantime, call Avalon for a Phone Sex Chat.

Can’t get to the phone just yet? Check out other hot stories like Midsummer Wet Dream

One Reply to “Stranded Young Hitchhiker: My Extended Stay in Las Vegas Part One”