Step Daddy’s Lust and My Teasing Pleasure’s His Cock! ♕ 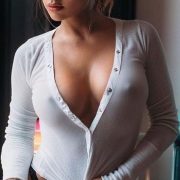 Step Daddy’s Lust and My Teasing Pleasure’s His Cock!

Step Daddy’s Lust and My Teasing Pleasure’s His Cock! Yes, I know my stepdaddy is lusting after me. Of course, I tease him relentlessly when I wear my short shorts and halter or crop tops. My huge tits bursting out of my blouse drives him insane.

I could not resist the urge to tease him. I sat close, sometimes, even sitting on his lap. After all, what harm was that since I was his stepdaughter. The first time I did it, I could feel him growing big under my butt. As I suspected, he had a huge cock! He quickly shifted me off of himself and went to the restroom. I thought about joining him, but instead, I chose to tease him a lot longer.

I would parade around the house, wearing only a bra and panties. Even letting him accidentally catch me sunbathing nude a few times. I waited for him to make his move, but he never did always just excusing himself. After a few years of this, I was growing bored, teasing my step, Daddy. I figured he was too honorable to cheat on Mom.

That is when it happened. I caught the bastard cheating with my best friend! Darlene had been flirting with him a lot also. I saw this, but I had no worries because he was never going to pick her over me. I could tell he was a titty man, and she did not have it going on up top! So when I walked in and found her on all fours taking it from behind, I was pissed!

They did not see me though, so I left and fumed silently! I thought about exposing him to Mom. However, that would not get me what I wanted, which was his huge fucking cock fucking me in every way possible. Instead, I knew I had to flip him. He was not going after me because of the step daddy thing. He was attracted to me. I had to step up my game.

Suck you in the shower

After Mom left the house and he went into the shower, I slipped in. I took him entirely by shock when I stepped naked into his shower. Reaching for his washcloth, I began to wash his body. Even though he was older, he was still very fit.

Once he was all rinsed off, I slid my tits and hard nipples down his chest and abdomen until I was on my knees in front of the object of my obsession! He was so hard and standing proudly. I wrapped both hands around him and stroked while slowly and lightly kissing and licking the head. With water splashing over both of us, I licked every inch of his hard cock and swallowed him deep in my throat.

I need you inside me

She knew the instant she came home what had happened. We decided to be honest with her. We thought she would throw us both from the house, but instead, she was thrilled. She admitted that she was having a hard time keeping up with his sexual appetite. She was happy to share him with me.

Who knows next time maybe we will have a little bit of incestuous mommy-daughter fun with step daddy!

If you would love to fantasize about this, then call me for some hot daddy’s girl sex stories. If you like to get a little bit kinkier, how about some incest phone sex? Nothing wrong with some family fun!