Sometimes a Little Ass Play is All it Takes ♕ 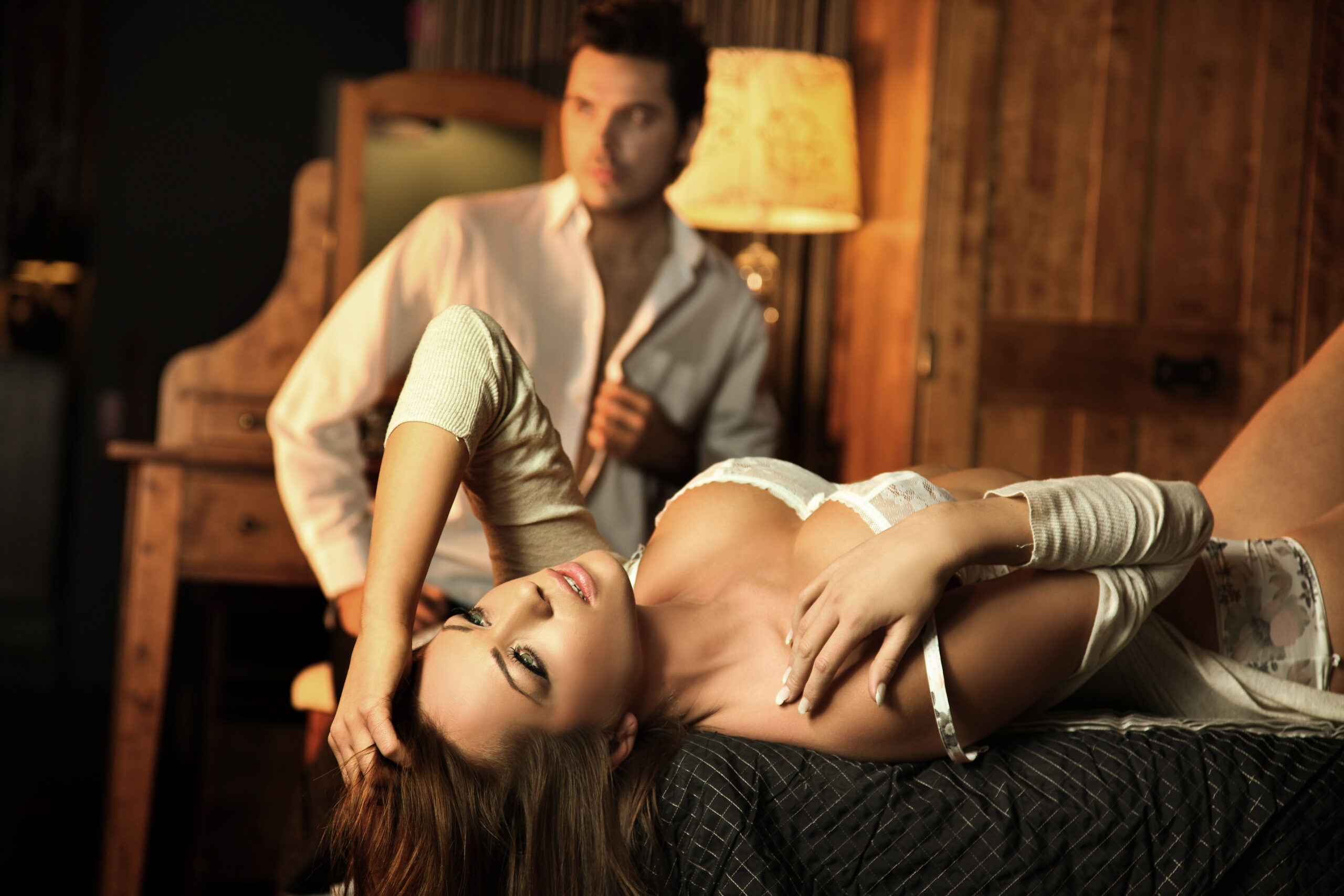 My boyfriend and I were lying in bed fooling around, kissing and playing with each other.  He always seemed a little submissive, that’s what I liked about him. I wanted so badly to show him how much control I really did have over him and I knew that some sexy ass play was just the way to get it started. I got up and straddled his face and moved into a 69 position.  As I started sucking his cock I decided to see just how far he would let me go.

My spit was leaking out of my mouth down his balls so I rubbed a finger through it, down his taint to his tight little asshole, getting it nice and wet.  He has never let me play with it before, but then again, I’ve never really tried.  I’ve done it with other boyfriends and I liked having that much control over them.  I just wasn’t sure how easy it was going to be to get this one begging.

As my finger slid down his crack, pressing up against his tight little hole he jumped a little. “What the hell are you doing Brooke?” he asked.  “I just want to play with your ass a little, trust me, baby,” I said as I pressed my pussy down onto his face a little harder to muffle his protests.  He tried to talk again but as my finger started to slide into his hole his hands tightened around my hips and he began to moan into my dripping cunt.  “See baby,” I started, “your dick is getting even harder!!  I knew you’d like a little ass play while I sucked your cock.”

I worked my finger in a little more, moving it in and out as I licked down his taint wetting yet another finger.

Then I pulled out of his ass and started to stretch it a little more adding in the second finger.   Slowly worked them in and out of him.  I wanted this to be pleasant, not forced.  In order to get him to do exactly what I wanted, he needed to want it!  Little by little I worked them in until I had both fingers deep in his tight fuck hole. I began using a scissoring motion to stretch him out, even more, spreading my fingers apart as they moved out of his ass and then putting them together again as they slid back inside.

“Tell me that you like my fingers in your ass!”  “YES!! Oh God yes Brooke!!  I love your fingers in my ass!”  As he said the words a huge smile spread across my face.  I knew he wasn’t lying; his dick was rock hard in my mouth as I continued sucking him off and finger fucking him. “Good, just wait until you see what I have in store for you next!” I said.  As my fingers slid from his tight little fuck hole I heard a small whimper of protest.  I moved off of him, reached beside the bed and pulled out a strap on.

“What is that Brooke?! Please don’t tell me you actually want to put that inside of me.”

He sounded a little scared as he watched me fastening it around my waist.  I smiled down at him and said, “I’ve been waiting for the moment that you proved to me that you like your ass played with.” “I liked my ass played with a little but that…I don’t think that is a good idea.” I laughed a little at his protesting and said “Oh come on baby, don’t be such a little pussy!! I know you liked what I’ve already done baby, your cock got so fucking hard!! Now first thing is first.  Get over here and suck my cock.  I want you to get it nice and wet for me.”

Of course, at this point I already knew he was going to do everything I told him to, it was just more of a game for me.  I wanted to push him a little bit at a time, and make him question it step by step because every time he gave in to something I became that much more in control.  I wanted him on his knees, physically and mentally, always ready to beg me for more, and believe me, I get what I want.  As soon as his mouth was wrapped around my rubber cock I slid my fingers through his hair, taking his head into my hands, and started to fuck his mouth a little.

“Baby, I need you drooling on my cock.  That’s it, take it deeper, deeper…”

I smiled down at him, my fingers tracing from his temple to his cheek and back up again as I said, “You are such a good little cock sucker baby.  You suck my cock SO good!” He needed my encouragement, and believe me, he was going to need a LOT more of it for what I had planned for him!  I was not even close to being done…Do you think I can break him?  Can I make him into a little cock slut boyfriend that begs for some naught-ass play?