Sold as sex slave at the faire ♕ 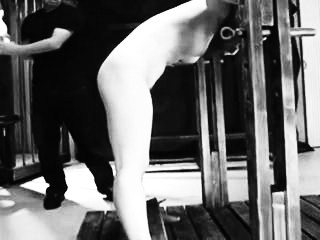 I love renfaire! They’re awesome and filled with food, fun, friends, and fucking. I have talked about hanging at the renfaire but not about when I was sold as a sex slave to a random guy at the faire!

I was just hanging out at the renfaire with my friends. We were having such a great time! I had bought some fairy wings and was dancing around with other fairies. There was a stockade, a jester, music, bar wenches, and sword fights! I wanted to fight someone.. so I decided to get in on it. I won a few times.. guess I am not that bad at sword fighting! But a couple of my friends had disappeared. The others just didn’t seem to care much about it though.

We walked around a bit and out of nowhere comes this jailer and group of ruffians! Coming after me! I was a bit scared.
“You, there! YOU have been given to US! Stand on our selling platform.. you are to be SOLD as a SLAVE!”
I was so confused! I didn’t know what I had done. But when I got up there I noticed those couple of friends were snickering. They had given me to these people… and I was to be sold to the highest bidder.

The bidding started. It was slow at first but then the auctioneer pulled at my bodice strings and pulled my top down! He held my hands behind my back and pinched my nipple. I tried to fight him off but then I was sold… for $10. I was then stripped and thrown into the stockade. Men and women laughed and cheered as my new owner came up behind me. I had no idea what was happening… but soon enough I feel the leather straps of a flogger on my ass. “Yes! My new slave has to be whipped into shape!”

My ass was hot and felt like it was getting welts all over. I was in tears since I was still confused yet very turned on. My owner grabbed my ass and rubbed his finger around my pussy. Making sure I was very wet before… he stuck his cock inside. He started fucking me and fucking me HARD. I was still confused but… this was making everything better. Being a sex slave and being fucked so good, well, I can say that it was a good day at faire. 😉

If you want a sexy new sex slave, go ahead and call me. I love to be treated like a bad little girl.. and will please you in every way with the best submissive slave phone sex!