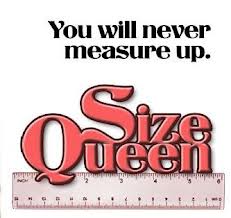 “I want to be Dominated” These words oozed from his mouth like a bad cold. He was nasal, and dorky and mouthy, what a fucking combination. I never fuck guys like him, entitled little rich dick pricks, spoon-fed with silver utensils. ” I can pay you,” he said, practically begging. So I really needed the cash for a girls trip I was taking to the beach, and if nothing else at least, I would find some fun in the humiliation I planned on dishing out to Jr. Warbucks.

“This address, 45 minutes” I handed him a slip of paper and left.

When this littler loser fuck walked thru my door, he began asking for things. Something to drink… where was the bathroom?… did I have a boyfriend… blah blah blah.

I didn’t answer any of his questions. I stood leaning against my pool table, looking at this pathetic excuse of a man and wondered who the fucked helped him tie his shoes each day?

He began to ramble. Something about his family and old money. Finally, I parted my sweet cherry red lips from the mouth of my beer bottle and said ” SHUT the FUCK UP” He jerked at my tone, I think I startled him. ” Now, take off your clothes and go lie down on the guest room bed” I directed, showing him the way with the long neck bottle.

Surprisingly, chatty Charlie did as he was told.

I walked in the guest room, and what I saw could only be described as piddly and sad. He was a puny, pasty white guy. Not a Grower and SURELY not a shower. The humiliation would not be a problem with this guy, he gave me all I needed. And he had listened so well with his first command, I didn’t foresee domination being a problem either. I walked to the foot of the bed, and bound his ankles, and to the top and began tying his wrists. ” Are you going to get naked?” He said through a shit-eating grin.

I smiled, looking down at him, and rubbed my hand against his cheek, and I slapped the ever-loving SHIT out of him.

“Now why would I do that?  your every bit of 2 inches right now, and I bet you may grow to 4. I don’t get undressed for anyone under 6.5 and they have got to be meaty… looks like you aren’t man enough sweetheart” I smiled, almost coddling him with my tone.

I cracked myself up laughing at the humiliation all over his face. He turned 50 shades of red. But what I had planned for little prick privileged perv was just getting started!