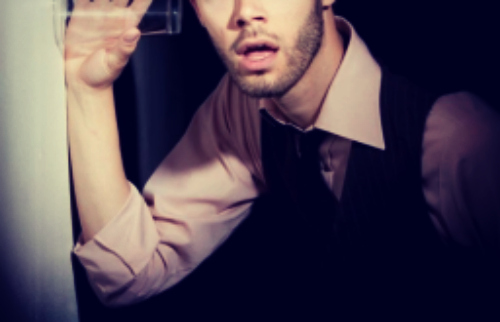 So this last Sunday.. instead of just having my fuckbuddy come over and letting the curtain stay just a little open.. I left it full open. with the door open as well. And I knew he’d be curious enough to get drawn in by it, but as soon as he poked his head out and noticed it was open and he could see everything, he’d shy off and run away. So I had to be vigilant. When I brought Marcus over, I had him laying down in bed as I climbed on top..teasing him, doing a little striptease and taking my time with it. He was in on it, so he knew why I was taking a little longer, and why I kept watching the balcony. Soon enough, I saw a little peek of my neighbor, and as soon as we locked eyes, he ran off. I called out for him to come back, to join us..and though it took a second of realization, he slowly crept back in. Oh, he definitely knew he was caught red handed..but with the little smirk on my face, he knew he wasn’t in trouble. I stayed straddling my fuck buddy as I asked him to come sit down on the edge of the bed…if he was going to be watching and listening from the other room anyway, he might as well do it right in front of us..stroking his cock for us to watch, as I rode my fuckbuddy all night long. 😉