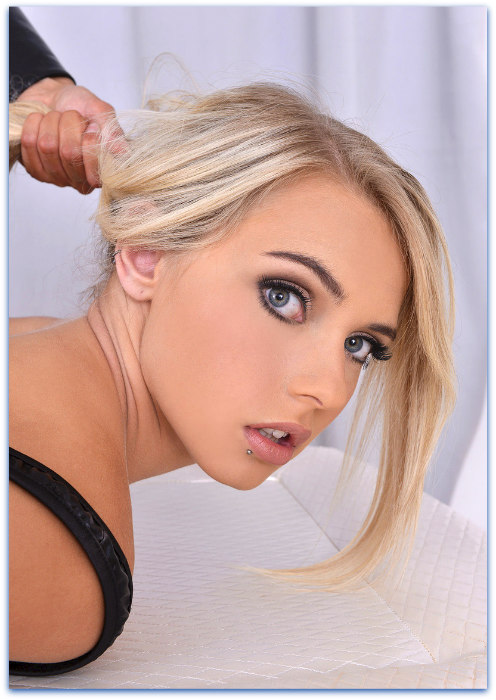 This isn’t your typical incest sex story! Granted, this was just the start of our many sexual adventures together, but you’ll find it wasn’t quite what you’d expect. Not only will you discover how super addictive brother-sister sex can be, but you’ll also see how Chase set me on the road to being the kinky fuckdoll I am today!

Anyway, my big brother pulled me into his bedroom, lecturing me all the way. I’d expected him to look angry, but he had the strangest expression on his face, one that the younger Angel could not identify. Nonetheless, it made me excited as fuck!

Whenever I see that look on his face these days, I know -exactly- what it means. My body does now, too. My nipples immediately start to ache and stand at attention.  And my pussy, omg … well, I’m getting off track, aren’t I? ~saucy grin~ Back to the story!

Anyhow, the minute we arrived in his room, he grabbed something very sharp, deftly cutting the strings holding my bikini together before I could stop him.

The pieces fell to the floor before I could grab them and I found myself standing there naked in front of my elder brother.

Putting on an air of indignant bravado at first, I complained, “Dude, that was brand new! WTF, Chase?”

His expression darkened, and I knew I was in for it. Our Daddy would get that same look on his face, right before he punished me. Uh oh! Chase yanked me over his lap. I tried to cover the exposed, creamy globes of my ass, but he captured my hands, folding my arms in the small of my back.

Then his hand came crashing down on my bare ass in a punishing torrent of spanks. I struggled and cried and kicked. I couldn’t believe this was happening! Then, as abruptly as it began, the swats stopped. My reddened butt was so hot that you could’ve melted butter on it. I sobbed helplessly.

I became aware of a new sensation as my brother soothed my flaming ass flesh in slow, gentle circles that both calmed me down and excited me at the same time.

Daddy never did THAT after a spanking! I squirmed.

Suddenly I realized that I was raising my sweet, jailbait bottom to his large, warm hand as he stroked me. I tried to stop myself, but my body ignored me. His touch felt SO good!

Then I blushed furiously as I became aware that my ass wasn’t the only thing that was throbbing unbearably. I hoped that Chase hadn’t noticed my dripping pussy yet! As his fingers slid between my trembling thighs, my breath caught in my throat. Oh no!