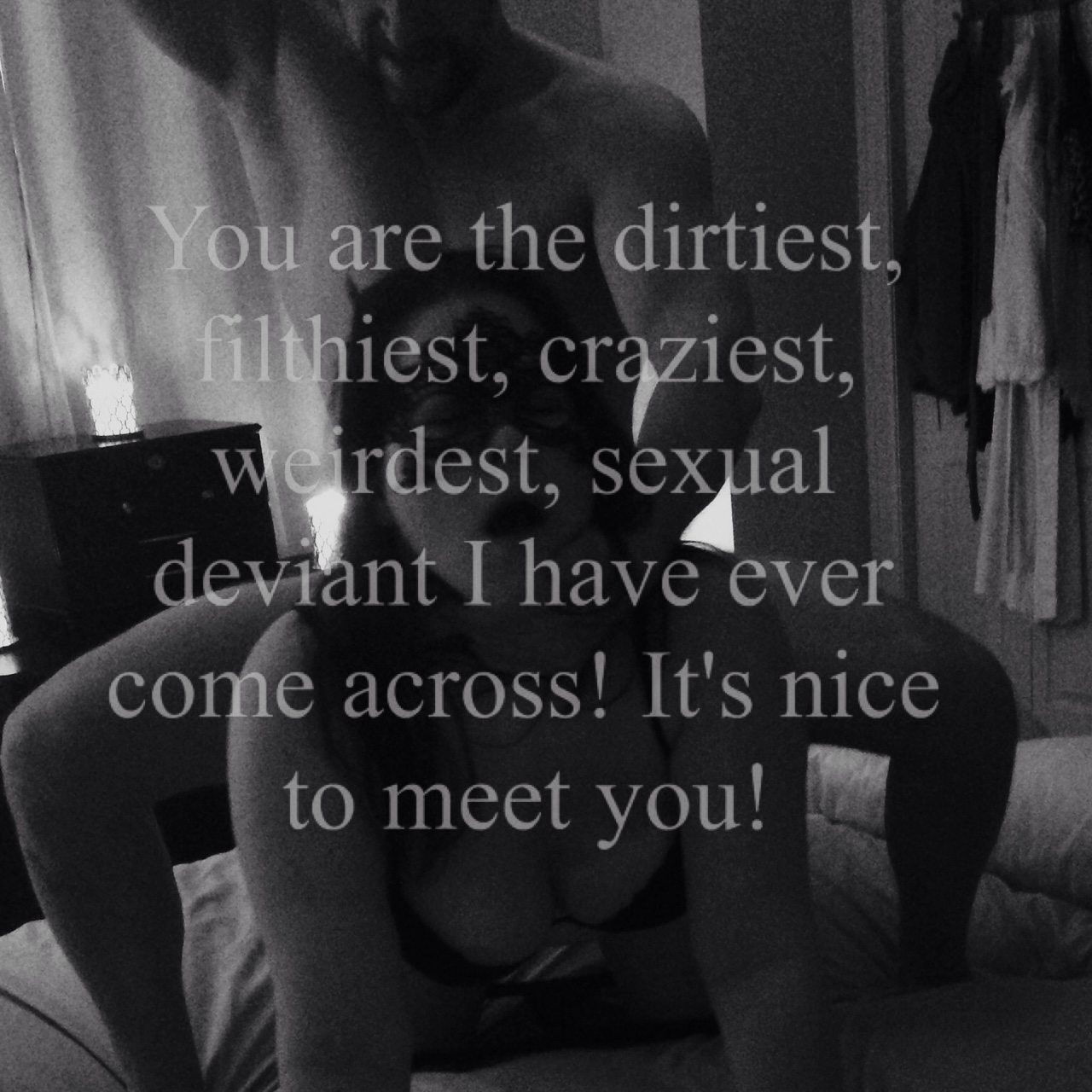 I never thought that I would find a man who was just as slutty as I am. So when I met Stephen* or Steph for short, I was excited to start a slutmance. He is an attractive guy: Tall well-built baby blue eyes and a very masculine demeanor. You would never believe that he bends over for cock. But he does. This is the beginning of us becoming Dirty Filthy Nasty Deviant Slut Friends Forever.  One night he decided to come over for what we officially called Sluts night in. We would popped popcorn, drank wine and swap our slut stories for the week.

So we drank and told stories and a whole bottle of wine later Steph suggested, “We should experience each other’s slut ways. I think this would make us true Dirty Filthy Nasty Deviant Slut Friends Forever.” I eyed him and said why not. we pounced on each other bumped teeth and made out ferociously. He said, “I’ve wanted to taste you for long time.” He dropped down and took my pants off and dived head first in my pussy. ”Fuck, this is a great way to start our dirty slut sex exchange.” I screamed as he devoured me. I pushed him off of me laid him down on my living room floor.

I sat directly on his face shimmied his pant off then began sucking down his beautiful cock.

He ate my pussy savagely as I sucked him. He told me jump off and bend myself over the couch. I did and he slammed himself inside myself. He screwed madly until I creamed all over his cock. Breathing heavily I ran out of the living room and came back strapped and loaded. ”Your turn,” I said as I smiled wickedly. He went to go bend over but I told him no you have to suck this cock first. He kneeled down and downed my strap like it was water on a hot day. ”Spit on that cock,” I demanded. He complied. “I want it nice and wet before I put it in that ass.”

He continued to suck I finally said, “Bend over bitch!” He propped his ass in the air and the arched his back. I took my cock and rub the head against his asshole, then I slammed it in. I began pounding his asshole. “Fuck back and jerk that cock while I’m fucking this ass,” I screamed at him then he began to do as I said. Minutes passed and he exploded. I pulled out of him and preceding to lick every last drop of cum. He laughed and said, “That’s right sluts never waste a drop.” We both fell back in laughter.

Would you like to have a Dirty Filthy Nasty Deviant Slut Friends Forever?