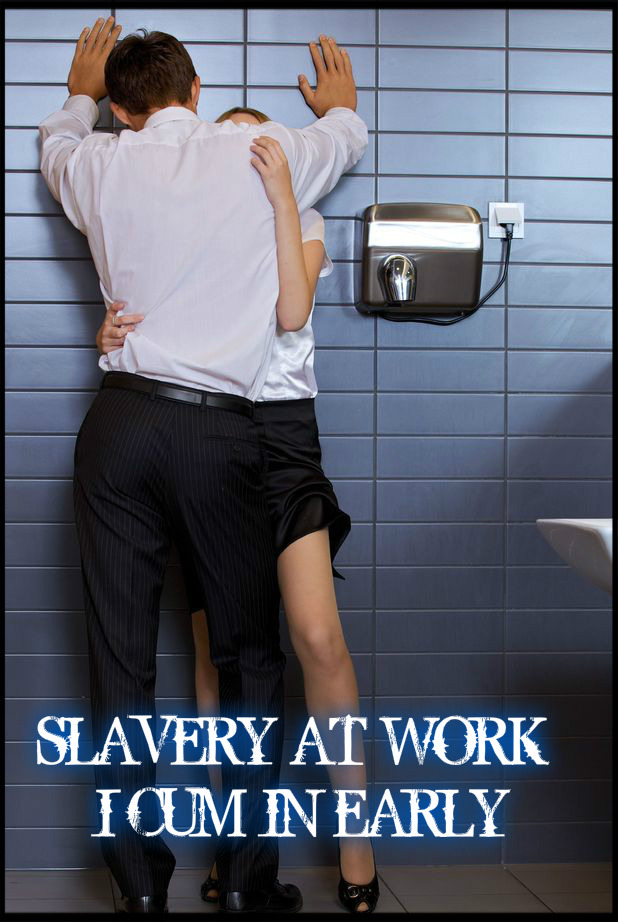 SLAVERY, can CUM in many forms… even in these modern times.  Please believe me. I know!  I’ve lived it.  Straight out of college I got my first job in America.  I worked at a small office in Georgetown, just outside of the District Center of Washington.  I was a cocky little thing, or course. I was not only fresh out of college and already heading toward grad school at summer’s end.  But, I knew as I walked down the street, that the sweet pineapple aroma of my pussy lit the noses of everyone who smelled me.  My walk was brisk and flowy. I knew they watched. And it made me smile.

So, I started working for “the firm” and all I really had to do was take beverage orders and made sure not to mess up lunch.  And funny thing… every time I asked for anyone to help passing out the myriad orders, the big boss would bellow from the bowels of his chrome and glass office for “Nobody help with ANYTHING!”  I cringed at first.  Then, I came to understand the method to his madness. He actually revelled in watching me toil.  Or, did he?  Maybe it wasn’t my strife that lit him afire…Maybe it was the “hold” he had on everyone who worked for him. Wisconsin Avenue practically genuflected as he strolled down the street.  Wow!  Now that’s big cock action!

At the office, he started telling me to stay after five and he’d stay behind his desk.  I’d be taught all about his DICKtation expectations.  Plainly put..he wanted daily head.  I was his “go-to” for blow jobs. Then he’d fuck and suck my pussy and ass raw; swallowing all I had to give.  Then he’d blow his pent up load into my pussy.  All the while admonishing me for any transgression of the day.  His final daily warning would be that he’d ruin my reputation, (which he’d point out was already sullied) and tell me that it would kill my parents.  I think he was correct on that last part.

So, I was his fuck toy… His quickie… His whore.  And I made sure that everything from his coffee to fresh pussy lunch was attended to with great detail. Fridays became my special day with him.  I’d stay after… going to the Executive Apartment in the penthouse of the office building.  I’d bath him, cleaning  every part of him.  I knew damned well, that he was likely to instruct me to bite, lick, suck, drink, or poke just about ANY part of him. So, I was meticulous in cleaning him first. And while staying late was my thing…I’d also be available to CUM in early any day of the week… including Sunday.

There were LOTS of PERKS to the job back then.  One of them was my slavery.  I was fresh out of my teens and rose quickly to beCUM Mr. Big’s assistant, traveling with him, and picking presents for the wife.  I got great bonuses but never had to do his laundry. I dined at the best restaurants and shop for anything I wanted.  I was hot, teen pussy.  And though I was a sex slave, at least I got to fuck the very best.  He’d take me, plastered tits against the glass and fuck the shit out of me…

Make Me Your Office Thriller