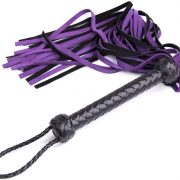 Slave cock torture drives my little submissive slave wild. I’ve been writing many stories about the ‘Master’ that I had while I was in college. It’s devolved into all the fun little adventures that I went on during those years and all the ones I dragged my friend Lizzie into. But the fun got a little wilder when I picked up a different friend-with-benefits. See, this guy was called Jake. He came across as just another flirty guy, nothing really that interesting or out of order. He was super open to anything I wanted to try, like a little roleplay or even using toys. I didn’t realize why he was so open himself until I caught a peek at his phone’s porn history!

He left the room one fateful afternoon to take a shower. I laid around in bed using my own phone, scrolling through Instagram endlessly, until I realized his phone was left unlocked and it hadn’t shut yet. I swiped it up as quickly as I could. After all, it was the perfect chance to see what kind of naughty things he’d been up to when no one was looking. First things first, I went through his photos. It was like a kinky little version of the “Phone Swap” show I’ve been watching online. People go on a date, and they have to swap phones, and it always catches them by surprise. Here I was, enacting my own version of it.

So what did I do? Well, first things first, I got my box of toys. Literally, I have a box of toys: clothespins, nipple clamps, butt plugs, whips, Tiger Balm, and much more. Anything that can be used to play rough, I own it. After all, I’d played around with plenty of fetish phone sex before that. I’m a sucker for rough sex and toys. Can you imagine the look on his face when he walked out of the bathroom? He walked out to take in a hell of a visual. I sat on the bed in a little black lace bra and a black lace thong. Had it been any other day, he would have loved it and jumped on me in a heartbeat.

But there were toys all over the bed.

He stared at them more than he stared at me! His face filled with confusion. He stared at me for a while, inspecting all the things on the bed. After that, it came over him slowly. He slowly realized what I was doing and that I’d brought out all my toys for him. The second he laid down, I tied his hands up and over his head. I placed his wrists in restraints, held him to the bed by a pair of handcuffs. Next, my focus set on his cock. I used the nipple clamps on him first, of course. He writhed and squirmed as I placed them on his nipples first, then transferred him to his balls. I twisted and squeezed them, making him yelp and moan for me, but it was far from over.

One by one, I lined up the clothespins all over his balls, so many that it looked like a fucking porcupine. When he thought I finished, I took it a step further. I grabbed my riding crop and whipped his cock and balls. The impact sent a few of the clothespins yanking and falling off, and he practically howled from the sudden rush of pain. He’d signed up for a world of slave cock torture, and he was starting to see how mean I could be to him. With all those toys lying around, how mean could I really get?