Skiing, China White, clean. Whatever you wanna call it, I love to party.* 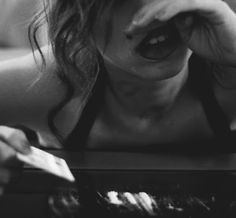 Skiing is my favorite high to fuck and be fucked on.

Skiing, or getting high on blow and riding a cock are must-dos in my book at least once a year. I don’t party all the time unless you count the trees I smoke every day, but when I do, I like to go skiing with a fat dick to ride.

Last week I went skiing. Blow and dicks don’t go together, but sex and blow do. Go figure. But it’s true. Feed a dick some blow, not directly guys, please, but get it some blow and it will want to go. Though nothing much will happen. It takes a lot of work to get and keep a blow induced whiskey dick to work. But it will; you just have to try hard enough.

That’s what was happening with me last week. My man brought home some surprise blow and we went to town on it. It wasn’t ten minutes in that we were trying to fuck. I say trying because as soon as he got hard, it would work its way soft again. Little did the not-so-little guy know, I wasn’t going to give up. I love a challenge.

I took the dick deep down my throat and forced the thing back to life.

Then I worked the shaft and balls with my hands as his dick tickled my tonsils. I continued to jack him off as I leaned over to take another bump that he kept preparing for me. Every time I leaned over to go skiing, again and the warm inviting love tunnel wasn’t wrapped around his cock, I could feel it shrink a bit. I took this to heart and tried at it that much harder with my tongue the next time.

My hard work paid off. The next time I went skiing I could feel his dick stay hard the whole time. It was ready. I took one more skiing trip down blow mountain and was riding him hard. His raging blow boner was very filling. We had already been going at it for an hour before I felt he was ready and we went at it for another forty-five minutes. We stopped every ten minutes or so to go skiing, until the climax. First me, then him. I came three times before he got his. I came so hard the second time that I dripped pussy juice all down his cock and balls. Tried to stop after my second orgasm, but he insisted we continue. I wasn’t going to argue.

We took the last of the skiing trips and off he went pounding me doggy style from behind. I licked the mirror numb back and forth as he forced his cock deeper and deeper. He finally finished all over my back and we collapsed on the bed. We laid there until we passed out.