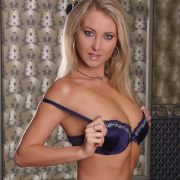 Wow, I Caught My Little Sister Under the Covers With the Hot Gym Teacher!

I cannot believe I caught my little sister under the covers with the hot gym teacher.  Part of me is so jealous. Every girl wanted him so bad.  We called him Mr. G, and gee did he know his stuff so well. I could hear the screaming from behind the closed door. There was no mistaking what was going on. My sister had even gone on a date earlier that evening. I thought the guy was so cute too.

There is more to my sis than meets the eye.

Perhaps if I was true to myself, I was a bit jealous because I had been crushing on this hot gym teacher so long.  I’ll never forget when he was helping me with baseball and he took my hand and helped me bat.  His body was so close to mine and even the breath on my neck and his soft whispering in my ear sent shivers down my spine.  All I could picture was the two of us kissing.

Soon after her date left, there came a knock at the door.

I opened the door and there stood the hot gym teacher in all his hunky glory.  I’m not sure if it was his eyes, or his body, or his smooth charming voice, but it was enough to wet my panties for sure.  He said he had to talk to my sis about a game coming up.

Suddenly, the silence was broken by a cry.  Not a cry for help, but a cry of passion.  I walked quietly to her room. Through the crack of the door, I could see them. All those questions I had about his body under his clothes were answered that day.  Oh, and yes he had a big one.  His dick was fucking my sister’s face so hard.  I had to admire my sister’s blowjob technique as she firmly wrapped her hands and her mouth around his big shaft as she licked and sucked that big monster down her throat. Here I thought she was studying so hard as she always did. Never in my wildest dreams did I think she would do the hot gym teacher.

Then that stallion mounted my sister and took her for his own.

If my sister hadn’t been claimed yet, he certainly did the job. Next thing you know he was mounting her soft body. His dick didn’t even wait to do it slowly.  There was no formality, only hard fucking.

Her eyes rolled to the back of her head!

She didn’t even care anymore if anyone heard her being fucked so hard.  She came over and over again, her eyes rolling to the back of her head as she begged for his seed inside of her.

Just then there came another knock at the front door. Who could that be at the door? My mouth dropped open as Kevin stood there. He told me he forgot his phone in her car and wanted to know if he could get it from the car.

Well, let’s just say Kevin knew there was something going on. The look on his face said it all. You couldn’t miss the cries. I stepped up next to him, took his hand, and led my sis’s boyfriend back to my bedroom.

Wanna hear more about the hot gym teacher?  Call me for the hottest teen phone sex and I’ll spill all.