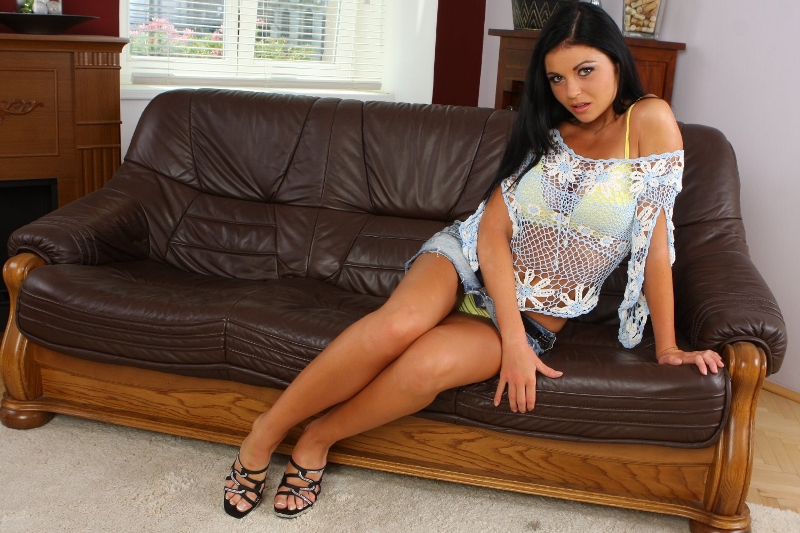 Sissy Men In Need Of Training

I have a bad habit of looking at the internet history whenever I borrow a friend’s laptop. I’m nosey and love to see what kind of things they’ve been looking at. That’s how I found out that Brandon has a thing for sissy porn and had even visited quite a few sites on how to be a sissy. I can’t keep a secret like that when I could be his teacher and guide him into the world of sissification so I confronted him about it. He tried to deny it but the proof was there on his computer. He broke down and confessed he loved the thought of being humiliated as a woman took control and turned him into their little doll. I told him that from now on, we’d be having Little Lady Lessons. We would start today and our first lesson would be etiquette.

Brandon had to look the part before we could start so I asked him what clothes and makeup he had to play with. He didn’t have much, just a few things he’d stolen from girlfriend’s over the last couple of years. I’d have to take him shopping soon and teach him how to build a wardrobe full of cute clothes. I went through the small pile of clothes and picked out a red halter top, a short black skirt, and a bra. I handed them to him and he put them on as I went through the much bigger pile of panties.

So I guess they’re easier to steal and shove in a pocket. I gave him a pair of black lacy panties and watched as he lifted up his skirt and slipped them on. I noticed he was hard as the panties covered him. He fixed his skirt as I pulled out the desk chair. I told him to sit down and he did… like a man. “No, get up and watch me then do it properly,” I told him. I sat down, crossed my legs, smoothed my skirt over my lap, and kept my back straight. Good posture boobs up and out on display.

I got up and had him try it. He did better this time. I grabbed some socks and stuffed them in his bra. I turned him sideways so he could look in the mirror and put my hand on his back, straightening him up. “See how nice they look?” I asked him as I cupped a breast. I grabbed lipstick from my handbag and took the cap off. Cherry Red…I told him to pout his lips and I handed it to him. “Do it in slow strokes so you cover the entire area,” I said and he began to put it on.

Not bad, a bit smeared in the corners but he’ll learn. I slid my heels off and put them in front of him. “Cram these on then walk to the door. Turn, strike a pose then walk back here. Sit down as I taught you.” It took a minute but he finally got his big feet into my heels then he stood up. He wobbled to the door and I had to stop myself from laughing. He turned, put his hand on his hip then tried to flounce back to me. God, he looked like a drunk frat boy during initiation. He’s going to take a while to teach. He sat down and crossed his legs just like he was supposed to.

“Not bad for a first attempt. Next week’s lesson: shaving those legs and wearing pantyhose.” I told him and he smiled.

I crave a yummy Sissy Boi who needs help! Hit me up and check out my page before we play!