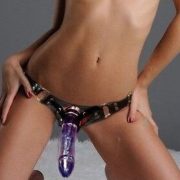 Don’t you remember the way you submitted to lust and let the experience just wash over your whole entire body?

Scott is one of my dearest friends. He lives a few streets away from me with his wife and two beautiful ones. Scott hid a dark secret that he could never tell his wife. Ever since he became a hot athletic guy, he has been attracted to other guys. I thought the idea was so hot and eventually, I got Scott to discuss sexy details of his fantasies with me.

Thus we go back to where his cravings all started.

When Scott was on the football team the guys would hit the showers after a game. So, as creepy as this may sound, Scott would peek over and around the stalls to see if he could get a glimpse of a guy in the shower and a peek at their ass or anything else he could get the honor of seeing.

He will never forget when his teammate caught him looking at his ass and dick. My goodness, Scott wanted to get into the shower with him and suck his cock but chickened out at the last moment.

There is only one way to help a sissy!

One night I invited Scott over to my house for dinner. We caught up on good times. After dinner, we sat on the couch and had some drinks and started flirting a bit.

Rather than tell him, I left the room to go get my strap on.

After a bit of teasing, I was able to get close to Scott to give him a nice massage. It didn’t take too long before I saw the bulge in his pants. Reaching down, I playfully squeezed his cock through his pants.

Gently, I pushed Scott to his knees. Removing my shoes, I had Scott kiss my feet. He had always loved my beautiful feet. His lips traveled up my legs. Oh man, he had such wonderful lips.

Inside, I knew he wanted to be the perfect cock sucking sissy!

So what ended up happening?

If he chose to be a sissy, fucking him would be out of the question, but there’s still a lot I could do to tease him. Can you imagine what came next?