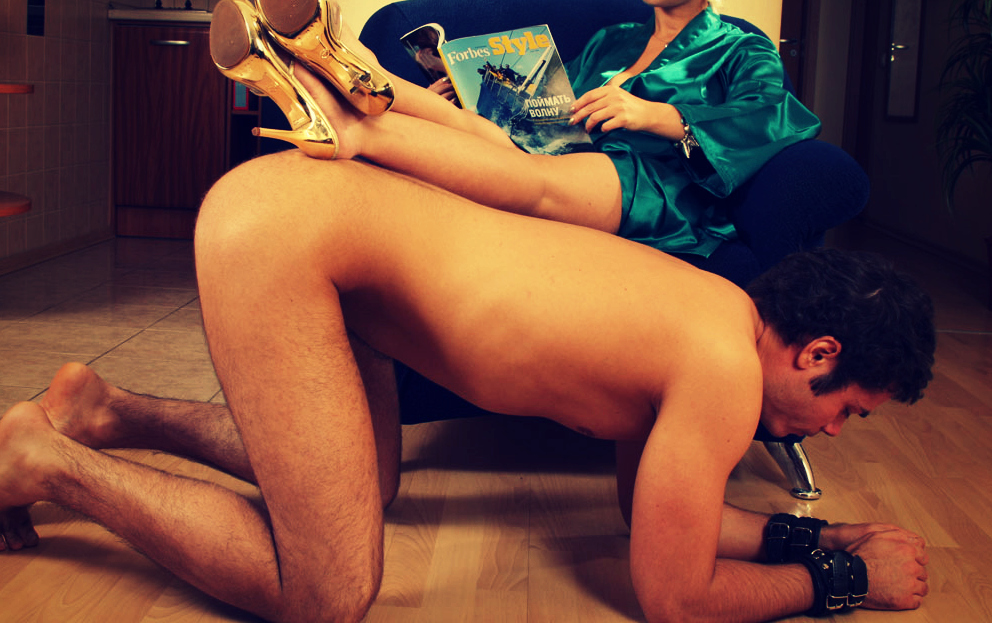 Sometimes a sissy has to be put in his place

I can’t stand when a sissy back-talks me! It gets my blood just pumping, and the ideas start flooding in. My little sissy toy had been disrespectful recently, just out of a bad mood, I guess – and I wasn’t gonna stand for it. The only thing I could think of to stop him from getting any more ideas was to swiftly punish him for it. But I’d tried almost everything in the book – chastity belts, extreme sissification, and even teasing him for hours without release. What could I do to make my sissy learn his place?

It wasn’t long before an idea hit me. One of my girl friends had been using her own sub as furniture recently, and found it to be a pretty fun fetish.. Maybe it was about time that I tried that. After all, if teasing, blue-balls, and a little whipping weren’t enough to get my sub into shape, maybe I needed something that lasted a little longer. Something with more of a mental effect.
So that night, as I was getting ready to sit down by the television and watch all the crazy shows I’d fallen behind on, I decided to try it for the first time. I got my sissy all dressed up – cuffs around his wrists and ankles to keep him tied up, a plump little pink buttplug in his ass, some pink, flowery, bunny-cartoon covered panties, and a lacy, red bra. He’d been a doll with the dressing-up, but he wouldn’t be too happy about what I was going to do.

After I got him down on hands and knees, I sat down on the soft chair behind him and lifted my legs, resting my high heels on his back. He immediately realized what I was doing, giving me a confused look and asking how long he was going to be there.

“You don’t ask the questions, I do.” I snapped, picking up a whip from the coffee table and giving him a light smack on the ass.
“How long are you going to be a disrespectful little shit?”

He was about to fire back when I delivered another smack, this one harder. He shut up immediately, focusing on the ground like a good sub and letting me watch my shows. It always gets my pussy wet to know I was able to fix a sub’s behavioral problem.. He hasn’t back-talked me since!

Sex is a game..
Wanna play?