Sissy boy gets punished on New years for passing out!* 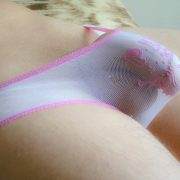 A Sissy boy is going to get punished on New years for passing out too early! Most of you know the rule that when you go out with a group of friends that the first one to pass out… Well, they are the first Victim.  So anyway The night started out amazing. We all made a trip to New York to go bar hopping and watch the ball drop. I swear you have never seen so many people in one place. The madness of the people… The drunkenness of it all was giving off that feeling of pure freedom. Maybe that was all the alcohol speaking.

Before my three friends and I went out we made a deal. If the person that passes out first is a man then he becomes my bitch and I can do whatever I want to them. Fair enough. There, of course… There Had to be some kind of a counter bet. So basically if it was one of us girls who lost… We would have to give them both a Threesome. Then tell everyone they are amazing. The best lovers a woman could ever have… Even if it was not true at all. Personally, I just felt like it was unfair to have false advertisement like that.

The night was young and so am I! It’s amazing the number of drinks you can consume in one night. I drank and I puked… And I drank some more… But never once did I think that I would lose the bet. Finally, I noticed that one of the male members of our party… Was getting a bit belligerent. So I thought it was time to go back to the hotel. After several hours in New York traffic… We made it back to the hotel. Once we were in… Everyone started to just relax and unwind. They put the T.V on and I headed for the shower. Because I felt gross from being in the City with that many people.

Climbing out of my hot and steamy shower. I wrapped the towel around me and headed out to the living room. Absolutely everyone was asleep!!! I couldn’t believe it. Quickly I snapped a photo as proof and went to my bag for some party favors. The Toys that I brought were really from my domination collection. So I tested them to make sure they were really passed out. So I smacking them with a whip. Hard enough to leave welts.

I grabbed my rope handcuffs. A few other toys I would love to tell you about. First I handcuffed one of my male friends to the daybed. His arms over his head his body stretched long. I thought to myself how could I make this even better. The answer was in my purse… Super glue. I stroked his cock making him throbbing hard and since she was wearing a skirt and practically on top of him already… I just had to slip his dick inside of her. The glue was just like lube… Until it started to dry… The other guy I made hard,  slumping him against her. Supergluing him inside of her as well… Not only is this good cuz he is gay, but also because I was going to dominate and fuck him. I can’t wait till they wake up so I can start pegging his ass!

Call me I can’t wait to have wicked hot phone sex with you and tell you how this kinky story ends!