Sissy Boy Turned Out By My She-Male Bestie* 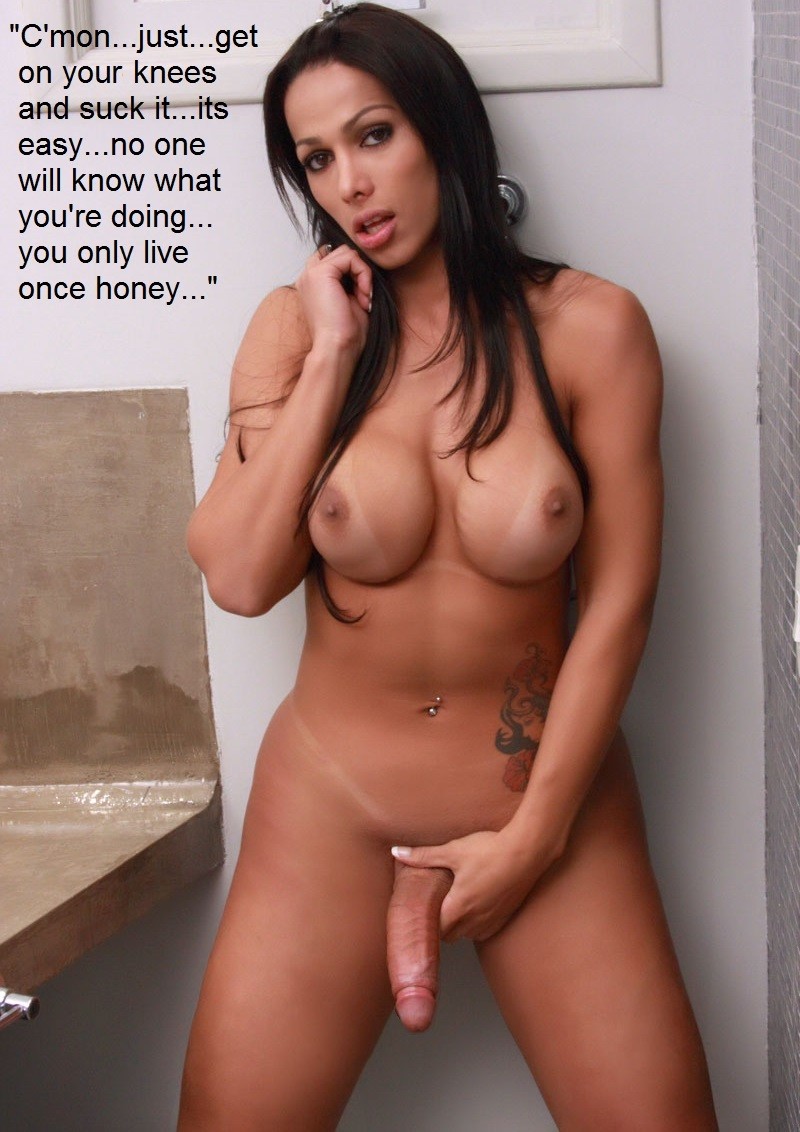 Sissy boy Jason met me at the bar after his wife had gone to bed. I was happy to see that Jason had done as he was told and came to bar wearing his sexiest sissy boy slut outfit. Jason was nervous as he walked to my table in his tiny black minidress, stockings, and heels. Not long after we ordered drinks, my best friend Jessica joined us. Jessica is the most beautiful she male that I have ever seen. 6ft tall, blonde beautiful with fat 9-inch cock, she is the perfect person to give sissy boy Jason the she male cock that he craves.

After a few drinks, Jason and I were invited back to Jessica’s place. When  Jason and I knocked on Jessica’s door, she answered wearing nothing but a big beautiful smile, and a pair of black heels. Jessica’s thick 8-inch she male cock was already beginning to stiffen. As Jessica shut the door behind her, Jason dropped to his knees. Jessica began to rub her fat, mushroom head against Jason’s mouth. I stood behind Jason and pulled his head back by the back of his head, Jason’s mouth dropped open and Jessica slowly slid her cock inside.

I could feel Jason struggling to fit Jessica’s cock down his throat as she got harder. Jason’s eyes began to water and he began to gag on Jessica’s thick cock.

Once Jason ensured the Jessica had a rock hard she male cock, we helped Jason up and ushered him into Jessica’s bedroom. In the bedroom, Jessica and I sat on the bed making out while  Jason began to strip down to his crotchless ruffle panties, bra and thigh high stockings. Jason laid on the bed between Jessica and I. Jessica spread Jason’s legs and untied the tiny pink bow that was keeping Jason’s crotchless panties together. Jessica slid her hot, wet tongue into Jason’s tight sissy boy cunt. I could feel Jason tremble as Jessica tongue pushing his little starfish open. While Jessica lapped at Jason’s boy pussy, I pulled off my panties and sat my pussy onto Jason’s face.

Do you have a sissy boy fantasy that you want to live out?