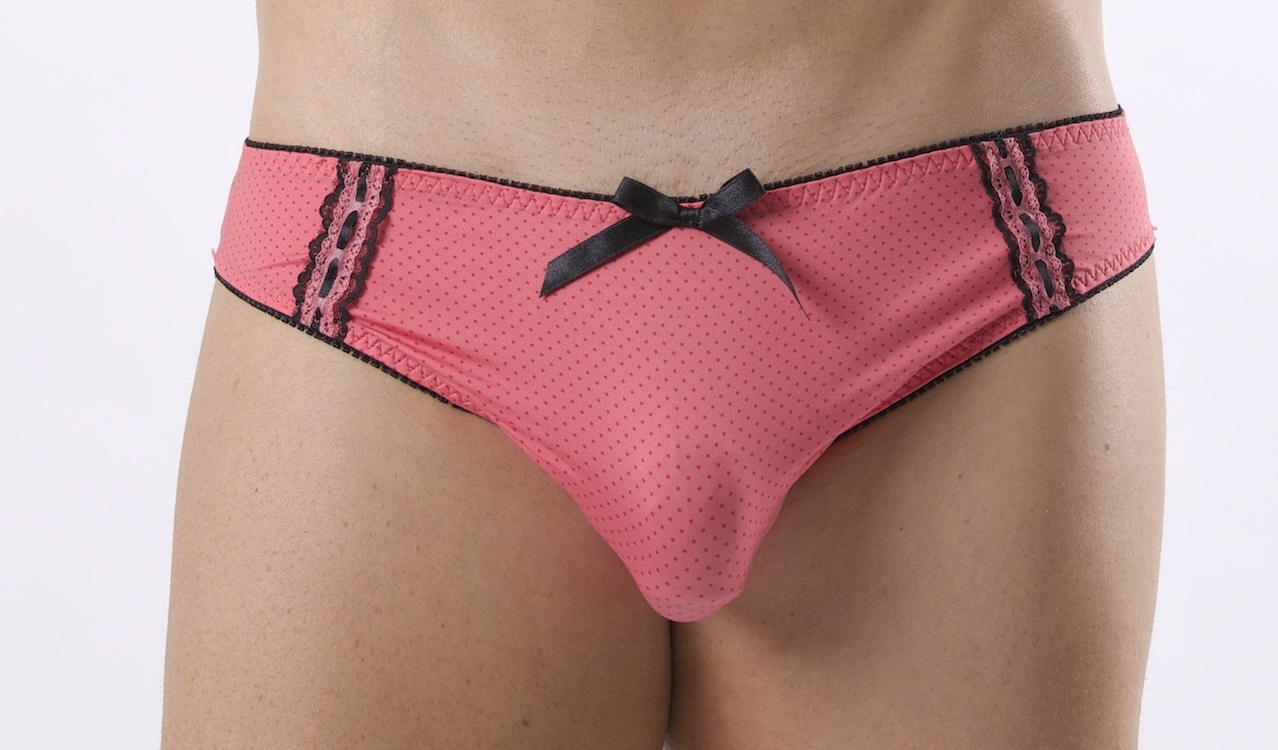 It was a regular day! I was just getting out of the shower, trying to get ready for school without waking my brother up. He was always so weird with me. He always tried to come into the bathroom every time I was in there. He’d sneak into my room at night and watch me sleep. Eh, I tried so hard to be quiet, that way his alarm could wake him up for work and he’d never see me. I thought I had finally gotten away with it this morning, until I opened my bedroom door and saw my Sissy Boy.

I stood there naked, shocked and really pissed! How could he think that his was okay? Why does he always have to cross these lines?! There he stood. 6’3”, brown hair, green eyes, and what?! My panties on his little baby cock?!? He’s going to get it now!!

“Bryan!! What the fuck are you doing?! What is your damn problem?! Why would you even touch my panties let alone rub you fucking baby dick with them?!” I yelled, “Put them on since you want to act like a girl! I’m going to make you be a damn girl!” He stood there in shock for a few minutes amazed of what I had told him to do. He followed my orders.

I pulled a bra out that I hadn’t wore in years and made him put that on as well. His panties and his bra matched, bright red, with a splash of black lace around the edges. I got out a pair of 6 inch red strapless, open toed heels and ordered him to put them on. “He wants to get into my clothes; I’m going to make the world know what a little sissy boy bitch he is!” I thought.

He was all dressed and makeup done, tight black dress, pretty panties and matching bra, red heels. I was dead set on having him go into the local mall and walk around, but that wasn’t enough. He was slowly moving up in his career, so I wanted to humiliate him the best that I could! I took numerous photos of him, recordings of him say that he wanted to be a girl, and loved his little sisters’ panties; I sent them out to all of his co-workers, his boss, and the corporate or the company! But, that’s not all! I also sent it to the girl he had the biggest crush on!

When we arrived at the mall, everyone was taking photos and videos, mocking him. I made him go into the lingerie store and buy himself some pretty panties so he would stop getting into mine. The cashier said to him “I don’t know what you’re wearing, but please get whatever you’re getting and leave. We can’t have you in our store dressed like a damn girl!”  He then realized what I was doing. I wanted to humiliate him and as far as I was concerned I was doing it and doing a damn good job at it!

I told him to hold his head high while he was going in and out of the mall. I wanted this to get out. I wanted him to be completely done with going into my room to steal my panties. I was going to make him hate wanting to be a girl! I called him Sissy Boy all day. He didn’t have a name to me anymore.

Sissy boy was upset when he got back to my car. I giggled a little bit under my breath; he finally was starting to feel how I felt every time I caught him being a damn sissy boy in my room. Little did he know the worst was yet to come…?

Come back next week to find out what happens to Sissy Boy as the day progressed! Or if you can’t wait and want teen phone sex tonight give us a call.