Shemale Surprise: He Had No Idea She Had a Huge Thick Dick! 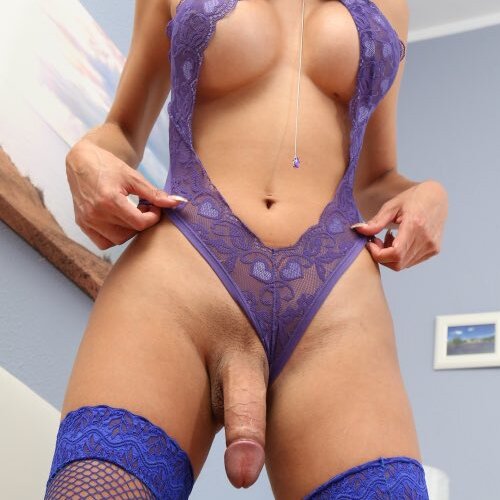 A Chick with a Huge Thick Dick!

My boy toy, Nate, is out of town on business. Last night, he called me to tell me all about his very interesting night. He and some colleagues went out to a club to pick up girls. He said a smoking hot chick at the club approached him and asked him to dance. They were making out all night on the dance floor. Naturally, they ended up back at his hotel room. At this point, Nate swears, he had no idea she was a chick with a huge thick dick!

When they got back to his hotel, they kissed passionately and he couldn’t wait to fuck her. She took down her tight red dress to her waist and exposed her full perky tits. He squeezed and sucked on them and she moaned with pleasure. He tried to take down the rest of her dress but she pulled his hands away and said she wanted to suck his dick first. Of course, he didn’t suspect that she was hiding a huge thick dick underneath that dress.

At this point in his story, I was on the edge of my seat about how Nate’s night would turn out. It was late at night and I was in bed under the sheets completely naked. So, as he started giving me more dirty details, I started to gently rub my clit.

My pussy soaking wet, I started to finger myself as I imagined Nate laying there with his huge hard-on. My breathing quickened as he continued his story.

She stood in front of him and took down the rest of her dress, letting it drop to the floor. Her tucked-back dick suddenly sprung to attention as she stood there naked. That’s when Nate realized this was a chick with a huge thick dick! He didn’t expect it at all. There were no signs she used to be a man, she was so feminine. Nate started getting angry. He asked her why the hell she didn’t tell him earlier. He started to get up to leave. But she told him to lay down, shut up, and like it.

Do you secretly wish for a shemale surprise?