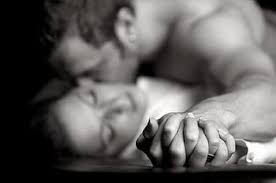 I was grocery shopping the other day and I found the ripest piece of ass in the produce section. As I pushed my cart over to the organic fruit section I was startled to see a pile a peaches suddenly fall to the floor. I and another lady squished a few peaches under the wheel of our carts which made an awful mess. She called for an attendant and before I could blink a sexy, 20 year old stud rushed to our rescue and started cleaning up the mess. When he bent over his pants dropped down a bit and the crack of his perfectly round butt was in plain view. The other chick was about my age and we were both staring  at his ass and admiring the view.  A hot, young stud with his tight ass in the air is a beautiful sight to behold. It was like appreciating a work of art. His shoulders were perfectly square and broad. His arms were tanned, toned and so muscular. His thighs were strong and thick and and when he bent down to pick up the damaged fruit it was like watching the quarter back on Monday night football.  I was getting aroused and I’m sure the other chick was too. She started fanning herself. When he stood up and turned around he looked at us and then ran his fingers through his wavy brown hair and said, “Ladies, be careful. I’ll have this cleaned up in a jiffy but watch out because I wouldn’t want either of you to slip and fall.” I replied in my sexiest  voice, “I don’t mind slipping or falling as long as you promise to pick me up.” He blushed and the other chick giggled. He looked at me and said, “Hey Mrs. G. don’t you remember me? I’m Alan. You’re son and I went to the same high school. We were on the football team together.” At that point the other chick rolled her unwanted ass away. He and I had made contact and it was obvious that if either of us was going to score with this young hottie it was going to be me. “Alan”, I sighed, ” I didn’t recognize you at first. Look at you you’re all grown up now.” “Yes maam I am.” When he called me “maam” my pussy got wet. It was the way he said it. It was as though he had been checking me out for a while. I walked right up to him and ran my hands up and down his muscular arms and whispered, “Well, I certainly like the new you. It looks like you’ve been lifting weights. You’re so buffed.” “Oh yes maam, I work out four times a week. You’d be surprised what I can lift”, as  he looked me up and down. “What time do you get off work, Alan? I was hoping you could help me carry these groceries home.” “I’m off now. I just stayed late to help out. But I’d rather help you with ANYTHING you need, Mrs. G.” I started to swoon because I knew what he meant. “Really? But you don’t know what I need, Alan.”   “Mrs. G, I think I know exactly what you need.” He untied his apron and carried my groceries to the checkout and then to my car and rode home with me. He fingered fucked me in the car the whole way. When we got in the house we were tearing each other’s clothes off and kissing madly. He said, “You were always the sexiest mom at school. All the guys on the football team noticed you when you would jump up and down on the bleachers at the games bouncing those big tits while cheering for your son. You were sexier than all the moms and even our hot Math teacher. I had a huge crush on you.  I used to dream about what it would be like to fuck you, Mrs. G.”  I said, “Well, baby I want to make your dream come true.” With that said, I spread my legs, straddled him and rode that young cock up and down til we both came hard. I laid there  filled with his cum and before I knew it this hot, young stud was ready to go for another round. He looked at me and said. “Wow, I never thought I’d get the chance to fuck my friend’s mother.” And I couldn’t resist telling him, “Well I guess that makes you one SEXY MOTHER FUCKER.”