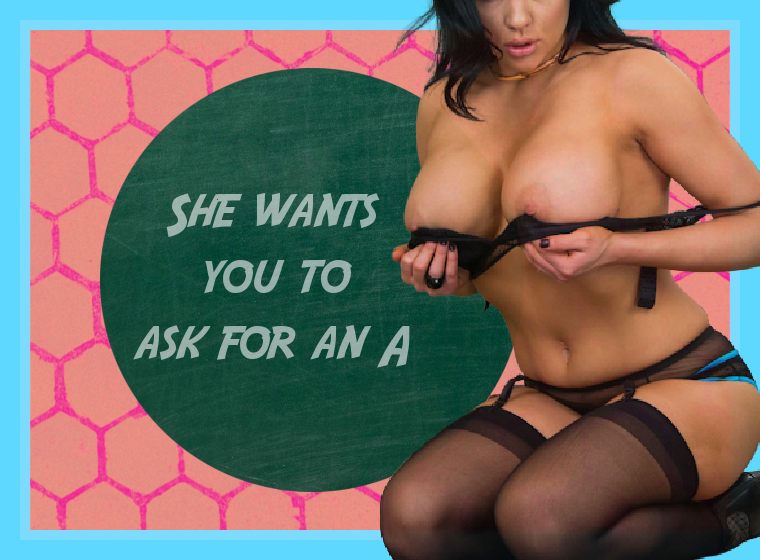 The problem was that the boys in Hollywood were actually in their early thirties, which was not what she wanted.  She wanted that barely legal sin.  Just old enough that it was alright in the face of the law, but so naughty feeling just the same.  Of course, Hollywood usually casts stars that are much older than their character.

Leaving the set, Irina Alvarez took herself down a more straight path, but her wants would never let her go completely stray.  This was when Irina became simply “Ms. Alvarez.”  She signed up to teach at West Fern High school, using many references as an in.  For a while, she lived up to expectations, but then she met Robert.

Robert was failing her class, which she figured that he would.  She planned on making his grade drop either way, but the fact that he was actually terrible at the course made her job easier. Without at least a C, his extracurriculars would be on the line.  Sure, he was 18, but he still had no car or way of transportation.  And his mother was not going to let him use her car if she saw he was failing.

She made him beg for extra credit or some way he could pull up that grade.  Ms. Alavrez claimed that if he really wanted to excel at this point, he would have to take on the art of the female body.   She leaned over the desk, showing that she wore no panties to cover her dripping pussy.

Need Some JOI In Your Life?

“I am a size queen,” she said, looking back on him with lusty eyes. “Don’t worry, that just means you have more space to fill this pussy until you get it right.”