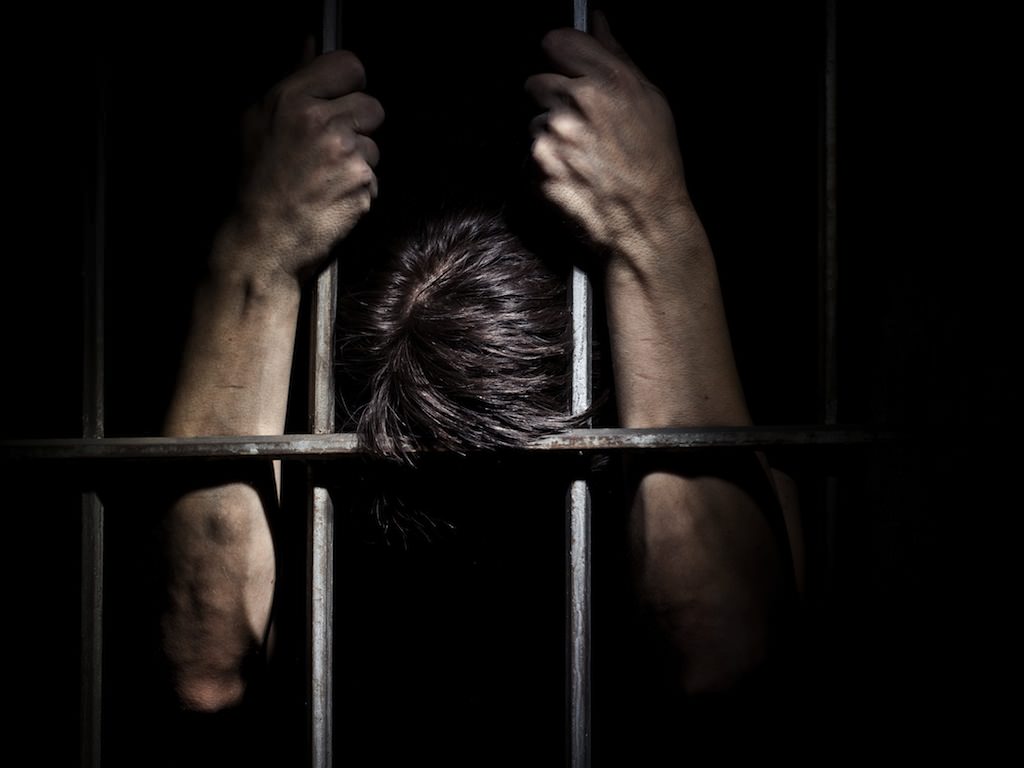 I spent about 6 months working for a small county jail.

It was an interesting experience to say the least. I minded my training strictly. I am a sexual deviant but I know that I’m too pretty for jail. So I quietly enjoyed my job, especially the take downs, strip searches and observing the more attractive inmates in the showers. There was one particular male inmate that thought of himself as a lady’s man. Since everyone went by last names we called him Cooper.

When I first started, he was in the protective custody area as a trustee. Being a trustee meant that he worked side by side with the guards, cleaning the pods, serving meals to the inmates behind the big steel doors. Since I was assigned to that pod a lot, he and I spent a lot of time together. He flirted and I would flirt back but very harmlessly. It was difficult not to let it go any farther. He was really sexy. Muscular, brown hair, deep chocolate brown eyes. And after seeing him in the shower at one time, I knew he wasn’t shy about showing off the anaconda he was keeping in his jail issued pants.

He was the object of many of my personal fantasies.

And then he got out. He dropped to the back up bin of my spank bank and I went on about my business. But then…. He not only came back to the jail. He came back because while he was there before, he began dating another officer (of course it was done secretly. That’s a HUGE no no *duh*). Not only did he date her, he beat the shit out of her. So he was back in my domain. But I no longer saw him as the funny, sweet, sexy untouchable inmate. I saw him as someone who hurt one of my friends. I would get my revenge and fulfillment in the bargain.

It was late one night and I was doing rounds. Looking in the window of every cell door to make sure there was no mischief going on. I got to Cooper’s door and glanced in then did a double take. I was mesmerized because he was stroking his big thick dick slowly and sensually. Gasping and swaying where I stood, desire slammed through me so hard. When I swayed, I bumped the door which caught his attention. His eyes met mine and instead of stopping. Pretending he wasn’t doing anything. His eyes locked with mine in a silent challenge. Raised my eyebrow and he grinned.

I took my keys off my belt and unlocked his cell. I entered and pulled the door almost closed.

He looked at me “Evans, I always knew you wanted a big piece” I smiled wider as I quietly unhooked my handcuffs. “You are soooo right, Coop. I’ve always wanted a piece of your ass” I wrapped my hand around his throbbing cock, stroking up for what seemed like miles before I headed back down. Just when I had his attention averted I slapped the cuff on his wrist and before he realized exactly what was going on, I had the other cuff attached to the metal bedframe.

I flipped him over none to gently until he was kneeling on the floor, ass to me. And I leaned forward to whisper in his ear as I pulled my night stick from its holster “And now I’m going to get it” I tapped his exposed balls with the long club before running it smoothly up and down between his ass cheeks while he whimpered pathetically and begged me to stop.

What do you think I did? Did I stop my jail house rape of this poor loser? Do you know me? HAha
I’ve got the rest of the story and some Hot Phone Sex to give you. All you have to do is ask details!