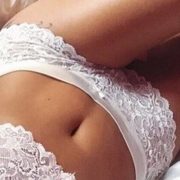 I had the best Halloween yet this past Thursday night! When I walked in, I knew I was in for a sexy night of fun! Everyone looked like strippers in their sexy Halloween costumes. It was so hard to pick out the best costume to wear with so many sexy ideas in my head. Did I want to be a naughty bunny looking for my Hugh Hefner? Should I confess my sins and go as a slutty nun? I love handcuffs. Maybe there would be a hot police officer, ready to arrest the bad girl bank robber. Finally, I found my perfect outfit for the sexy costume party. I would be an angel, ready to meet her handsome devil. I knew a bad boy had to be lurking around the party ready to make me sin!

It’s definitely my favorite night of the year! Everyone gets to dress up in their sluttiest outfits and hunt for their hot one night stand to take home. It’s all tricks and even more treats for the successful ones. If you show a little skin or a lot of skin, you’re in for one spooky sexy night! This sexy costume party was the best place to come to show off my newest lingerie. I was dressed head to toe in white. All besides my irresistible red lips which were sure to draw in some attention.

It was a real treat when my handsome devil spotted me from across the room and made his way over to me. He stood in front of me. His toned body was covered in red paint that seemed to define those irresistible muscles even more. He had his black hair slicked back and a devilish smile on his face. The horns on his head were definitely making me horny! I could just imagine myself grabbing onto them while I rode his dick crazy. The only clothing on his body was a pair of tight, black boxer briefs that showed off his package. He definitely was the hottest guy at the sexy costume party.

Deal with the Devil

He leaned into me and his cologne made my knees weak. The only words from his mouth were, “Want to make a deal with the devil tonight?”  That was all it took. Only thirty minutes into my sexy costume party and I was ready to have mine ripped off and my angelic innocence snatched up by the handsome devil. But, I did make him earn me for a little longer.

A few more songs played and we were grinding on each other throughout them. It felt like we were the only two people at the sexy costume party. Things were definitely getting hot and heavy between the two of us. During the slower songs, my ass was pressed up against his cock while we swayed back and forth. I could feel his dick growing harder behind me. I was ready to unleash this devil’s fire in the nearest bedroom.

Sex in a Strangers Bedroom

Then, he took me by the hand and pulled me down the hallway. We found a dark room and he pulled me inside. He pushed me up against the door and we shut it with our passionate kissing. Our heat was incredible. I didn’t even know his name. He was just the handsome devil looking for his sexy angel to corrupt. I didn’t mind it either.

We made our way over to the bed. The music from the sexy costume party could still be heard from the stranger’s bedroom we were occupying. I felt him climb up on top of me and his hands explore my body. Then, I reached up for the horns on top of his head and knew what I craved. Then, I turned him around and straddled his waist. I pushed my white lingerie back and forth on his boxers and teased him. When I pulled out his cock, his devilish charm increased even more.

I fucked the forbidden fruit and let his juices inside of me!

I wanted to give him my innocence. It was time to become his naughty sinner. This would make for the most erotic sex story I’ve ever made in someone else home! I slide his dick inside of me and grabbed a hold of those horns. Then, I started to ride that cock like I have never done before. You would think this handsome devil had dressed as a werewolf when I made him howl as he emptied himself inside of me. It was so hot! Finally feeling this stranger’s load deep in my pussy, made me feel like the naughtiest little angel ever. It was one hell of a sexy costume party!

If you like to wear sexy costumes and do exciting role-plays in the bedroom, then call Natalie for some role-play phone sex!