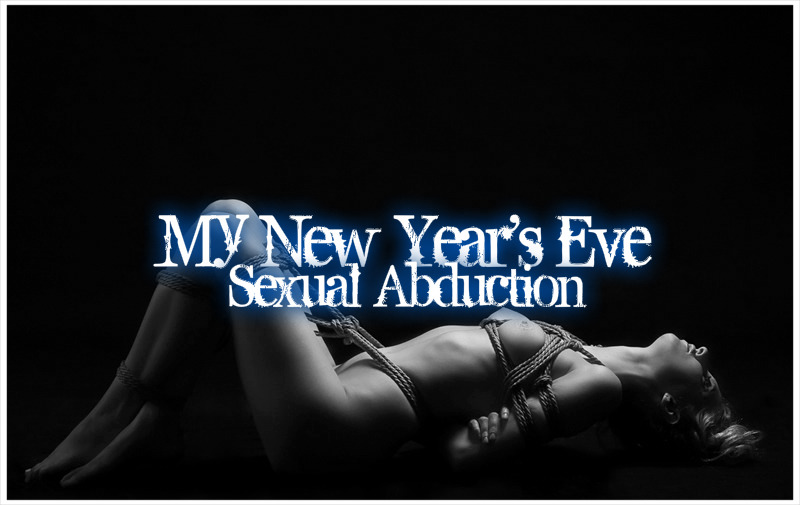 A sexual abduction never really occurred to me before.  But, there I was….all nestled into my fancy ass condo on the beach; gazing out onto the crisp, turquoise Pacific…my dog, Barkley at my side (as always, he’s my shadow) and minding my own damn business.  You know when you get the feeling that someone’s watching you?  Devouring you with their eyes?  I had such a feeling that day.  I turned to casually glance over my shoulder and found what I expected…LOTS of people on the beach in Malibu. And most seemed to focus on me…or Barkley..More likely me.  Giggle.  So, I went back to doing what I usually do. Meandered onto my deck, climbed my naked ass into my hammock and started to rub one out. LOL.  The guy I was dating was out-of-town until AFTER the New Year and I was lonely, which instantly translates to HORNY…for me at least. My pussy throbbed for some attention and I had a free hand to lend to the situation.

I rubbed until I passed out in the fading sun and woke to the sounds of seagulls swooping in for the leftovers of a family’s day at the beach. I clambered from my comfy hammock and landed on my deck like a drunk..What? The sun can be draining.  I’d not had a drop to drink…Well, not of alcohol anyway! LOL. I walked through my bedroom and straight into the shower. I had dried cum all over my thighs and ass. Then I dressed in my nightie.  I had to work my phone sex lines later, so I just wanted to be as laid back as possible.

I was between calls when I heard the sound of breaking glass somewhere in the distance. Barkley was the first to start pacing in his crate.  Damn and not enough time to let him loose. But, then again…he’s like my child. I don’t know if I’d actually LET him protect me.  I jumped up and barely got to the hall when a dark shadow  cast along the wall leading to…ME! I started backing up and just like a stupid girl, I fall backward like in some horror movie.  I scrambled backward, but not nearly fast enough. A hand caught my ankle and yanked me further from my bedroom door!  I could hear my dog whimpering inside.

Something strange smelling was forced over my mouth and after that…lights out.  I awoke at some point in a cold warehouse with a single light bulb suspended from the ceiling. As I oriented myself, realizing I wasn’t bound, just naked now. A woman’s heels came from a corner and I her the whip that could only mean one thing.  Bondage session and I knew exactly WHO my domination fuck was cuming from… Ariel. I’d long since cast off her loving and went back to the team I started on…LOL.  Hey!  I love dicks!  I’m sure a lot of you do too!  No shame in ANY of my game.

“So, whore…she began in that bitchy tone that said she needed my clit between her teeth…just like the old days!

“Now I have your cunt right where it ALWAYS should have been!”

Next Year…she won’t get her Happy…I’ll take her when she LEAST expects it…and my revenge? Hahaha.  There’s nothing quite like forcing a lesbian into STRAIGHT SEX…with my man! Want to put your two cents into my master plan?  Maybe role-play it together?  You know eXXXactly how to reach me. Giggle

You Can Take Me Anytime You Want Me!

Bind Me, Take Me, Force Me!