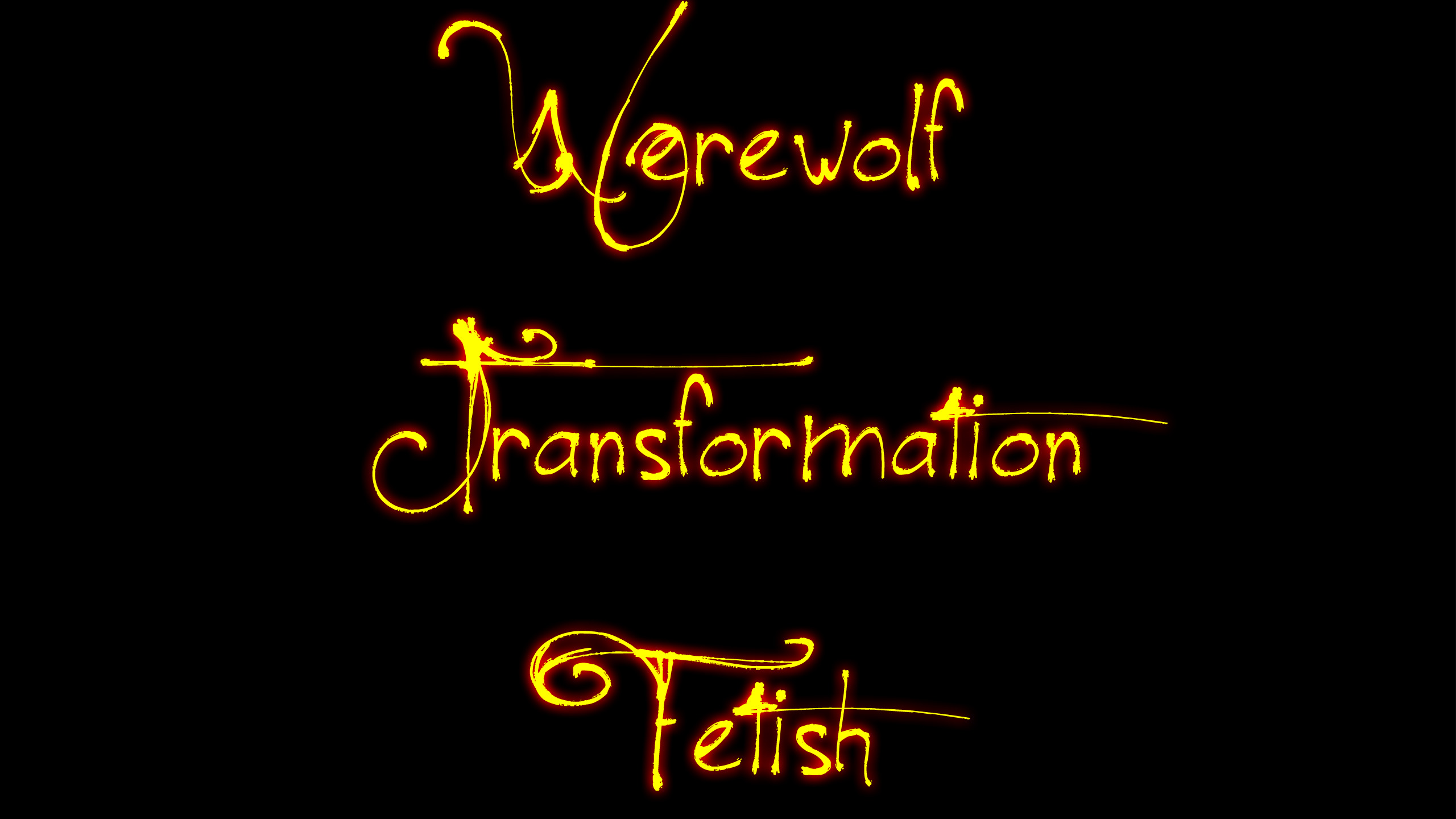 This is a place for my sex stories post, but I wanted this to be a collective. Feast your eyes (and dirty minds) on the second story in my phone sex game. If you wanna play then send me a sex stories post and you’ll see it here!

The moonlight shined into the bedroom as London made her final preparations to surprise her lover with one of his ultimate fantasies. She finished braiding her long dark hair and threw a dark red robe over her half-naked body. Just then there was a knock at the door. Her eyes widened and her smile lit up with anticipation of his arrival.

Bolting to the door she stopped to look herself over one more time, but as she did she noticed something odd for a split second. In the irises of her wide eyes, she could have sworn she caught a hint of yellow in them. By the time she looked closer it was gone, but a slight tingling sensation in her stomach made her stop a moment. The sensation moved down her belly to her clit causing a momentary tremble in her pussy. The moment passed when a second knock at the door broke the feeling.

London dismissed the moment and took off for the door.

As she opened it a tall gentleman with a grin on his face was there waiting for her. The two greeted one another with a deep kiss as her man made his way into the apartment. London could smell the excitement coming off of him. So much so she jumped into his arms and wrapped her legs around him forcing him to press her against the nearest wall as the door quickly closed behind them. Every sensation London felt was intensified. She could feel the heat of her lover’s body, smell his sweet scent and sense his cock now throbbing inside his pants.

The moment of passion was broken for a moment when her man tickled her leg slightly. Surprised by her sudden, yet exciting, affection he let her down for a moment with a curious look in his eye as he looked her body up and down. London, excited to reveal her surprise, led him into the living room. The now full moon could be seen clearly through her large windows. The light so bright there was no need for a lamp.

London invited him to sit as she walked slowly to the middle of the room.

She giggled as she teased him about what was to come as she untied her robe. The long red cloth fell to the floor revealing a familiar gold and brown bikini like outfit once worn by the famous Princess Leia. The top half grasping London’s breasts perfectly under her long and flowing braided hair. The bottom half sporting a long purple cloth in the front and back. It allowed her smooth and limber legs to show through the thin material. To tease her man, even more, she turned around for him and moved the back cloth over slightly to reveal her perfect naked ass beneath. London invited him to sit as she walked slowly to the middle of the room.

She giggled as she teased him about what was to come as she untied her robe.

The long red cloth fell to the floor revealing a familiar gold and brown bikini like outfit once worn by the famous Princess Leia. The top half grasping London’s breasts perfectly under her long and flowing braided hair. The bottom half sporting a long purple cloth in the front and back allowing her smooth and limber legs to show through the thin material. To tease her man, even more, she turned around for him and moved the backcloth over slightly to reveal her perfect naked ass beneath.

London could tell how hard her man was now through his pants. His breathing increased along with his smile. London took full advantage of the moment walking over slowly and mounting her man on the couch. His tongue explored her body’s exposed skin as her hands made their way into pants. The two kissed passionately as his hands moved up her skirt grasping her ass and running his fingers back down her legs. This sex stories post is really getting good!

London could feel something building inside of her.

Stronger than her usual sexual desires. Something was making her pussy crave the cock beneath the pants. Her lips trembled at his touch. Then in a quick moment, her man moved his lips from hers down to her neck. He then bit her hard and vibrated his tongue near the vein in her neck. Lapping up the sweet and salty taste from her skin making London cry out as she looked out her window.

The sight of the full moon caught her attention. The moonlight bathing her skin like a warm sun. The tingling sensation in her pussy returned. Now it moved up the back of her spine causing her to arch her back in ecstasy as the feeling moved behind her neck.

As the two began to embrace one another London could feel a tug at her ears. She ignored the feeling but out of the corner of her eye, she caught herself in the window’s reflection as her ears stretched into points. The sensation moved throughout her body now making her heart beat faster and her skin sweat. London ignored the sight as her lust was overwhelming. Her body continued to change as her nails began to lengthen into sharp claws. The sensation turned painful as he gripped her stomach. This London could not ignore this as she got to her feet.

Confused her lover tried to help her, but she shoved him back to couch with great force. Much stronger and rougher than her usual foreplay. He tried to calm her down, but his remarks were met with an animal-like gaze from her eyes as they became a bright glowing yellow.

The mix of pain and pleasure over took London as she felt her breasts swell under the tight bikini top.

She tried to contain them. But the clasps snapped as her firm and engorged tits fell out of her top. London fell to the floor as her feet began to stretch and transform into powerful paws as did her hands. Her muscles tightened as her body grew right in front of her lover’s eyes. Bones cracking and moving could be heard as London cried out in pain the whole time both scared and lustful for her man’s cock. Her sex swollen and dripping with juices as small hairs began to grow from her once shaved pussy.

Dark hairs began to sprout all over her body spreading quickly as her real hair lengthen and burst free of the braids constraining them and flowed down her fur covered body. The hairs moving up her belly and surrounding her breasts giving comfort to London’s new form. The final stages of the transformation began as strong jolts of pain and pleasure made their way from the back of London’s neck to her tail bone.

Each jolt like a mini orgasm ravaging her body as a small tail began to push its way out of the cloth cover her ass. The pressure and sexual desires building. With each inch, the tail grew until it fully emerges from the costumed bottoms and waved around freely. The final push sending London into a long and powerful orgasm causing her juices to drip all over her new fur.

Her lover looked on in surprise as his beloved walked now on all fours around the room.

Her face still showing a bit of her human form through the eyes and fangs now staring back at him and his still hard cock. Before he could react, London was back upon him. The cloth of the costume still hiding most of her sex, but he could feel the heat coming off her throbbing pussy.

London acted quickly. She removed his pants and tearing through his shirt as she rubbed her new fur all over his body. When she felt him become more aroused she wasted no time slipping his hardness inside her. Her tail waving excitedly behind her as she ground against his body pumping him slowly to adjust for her new strength. Her man was cautious at first, but the feeling of her pussy was too good to ignore. The feel of her new body was strange but in a very exciting way.

The two moved faster and faster until just before orgasm.

London moved back the floor and present her backside to her excited lover, who quickly caught on. He mounted her from behind and moving her tail aside slipped back inside her. He began riding his new she wolf lover hard and fast. London’s claws tore at her floor as she built up to another orgasm. She could feel how close her man was as she braced herself. The feeling building and building, stronger and stronger until she couldn’t hold it in any longer as she let out a deafening howl from her lips as the two climaxed.

As the feeling settled London’s wolf like features began to fade. Her fur resided as did her tail, fangs, and ears. The eyes, however, they stayed the same. She and her man laid on the floor wrapped around one another as her yellows eyes looked upon his. As they began to take in the events of the past hour London noticed something…her lover’s hazel eyes were turning yellow…

For the best sex stories call The Best Phone Sex