Having Sex Outside Can Be So Fucking HOT!!! ♕ 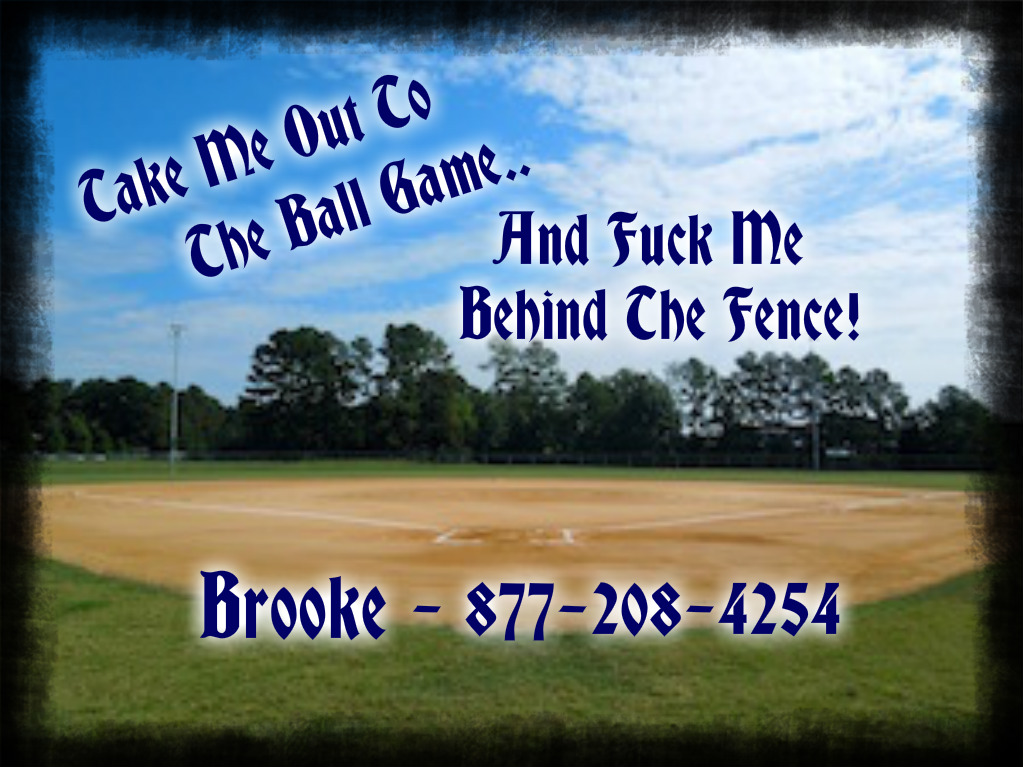 Having sex outside can be some of the best experiences!

I love having sex outside. The thrill of getting caught seems to make it even more intense! I had finally invited my boyfriend to one of my niece’s softball games. I’m always out at the fields cheering her on but this was the first time I had invited my boyfriend Anthony to come watch. He’s usually pretty busy with work so I wasn’t even sure he would make it.

I had been outside most of the day and the bleachers were getting a little hard under my ass so I decided to take a little walk. My niece plays left field so I walked down the fence line until I was in the very back. I had a pretty good view of any plays that would come my niece’s way. I hadn’t heard from Anthony in a while so I just brought his Yankee’s hat so he would be able to find me in the crowd.

Watching these games can get pretty intense so when Anthony walked up behind me and wrapped his arms around me giving me a kiss on my neck I was not expecting it. I jumped a little but when I heard his sexy voice in my ear I relaxed in his arms and let my back rest against the front of him. He held me for a little while but he started kissing my neck again which is a huge weakness of mine. Feeling his lips, tongue and breath against my sensitive skin sent waves of pleasure down my body straight to my pussy.

It began to flood instantly.

I became even more turned on when his hand slid down my stomach and into my athletic shorts. The moment his fingers found my clit I was done for. I knew I shouldn’t be doing this outside especially at my niece’s softball game but I couldn’t help it. He pressed down firmly on my clit and began running his fingers in little circles over it. When his fingers slid into my tight pussy it was definitely over. My orgasm took over and I started to squirt cum all over his hand. He turned my head to muffle my moans of pleasure. Anthony was very good at hiding what was going on so no one even noticed.

He took his hand from my shorts, licked his glistening fingers and before I could protest he took my hand and walked me back toward the woods surrounding the fields. He walked me straight toward an old scoreboard that had been long forgotten. It was just outside of everyone’s view. Once there he took no time pulling down my shorts just enough to expose me. His cock was already hard when he pulled it out of his pants. Using one hand to press me down into a bending position he took his cock in his other hand and ran it up and down my wet folds.

I love the way it feels when his cock first enters me. The feeling of my pussy stretching around him as he presses in farther and farther makes my pussy walls clench down even tighter around him. He makes me feel so full! He slowly pushed forward until every inch of his dick was buried inside me. That’s when the real fun began.

Being outside we had to hurry and he knew that fucking me hard was just what I needed. He grabbed onto my hips and began his assault on my pussy. The way he was pounding furiously into my needy cunt made me feel so fucking amazing! The moans escaped my mouth before I could stop them. One of his hands closed over my mouth as he continued fucking harder and harder. It felt so amazing that I forgot I was outside!

He slid his deflating cock from my pussy, pulled up my pants and tucked himself back into his shorts.

He brought an extra shirt with him so he tied it around my waist to hide any wet spots that would show and then took my hand and walked me back toward the stands. Hand in hand we walked passed tons of people that were watching the game outside.