Sex Games And Forcing A Married Man To Ride Dick* 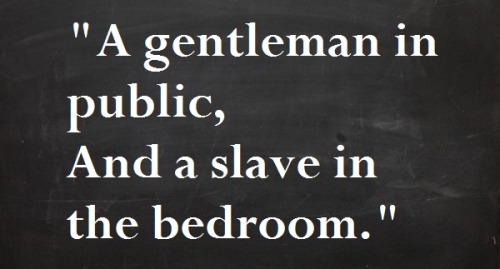 I’m blackmailing and playing Sex Games with John T., a rich married guy I fucked in a hotel.

I filmed the whole thing and am having so much fun with my Sex Games and turning him into my fuck toy. He’s scared his wife will find out and divorce him, leaving him a broke loser so he’ll do anything to keep me happy.

So far I made him into a big baby that pissed his diaper. Today I turned him into a cock loving bitch.

I found Greg online and told him what I wanted. He’s a freaky fuck and into Sex Games and got hard just thinking about it. I didn’t tell John anything and told him to meet me at the hotel where we first fucked. When he got there he found me fully dressed and Greg naked and semi-hard in bed.

Then he started trying to back out, telling me he wasn’t gay and he wasn’t doing this, he didn’t care what I did, I couldn’t make him. He wasn’t playing my Sex Games anymore. Blah, blah, blah. Fuck that. Holding up my phone I told him he had one minute to get naked or his wife was going to get a very interesting video sent to her. I bet she’d love that.

I played with my phone, getting ready to follow through with my threat and he saw I was serious. He got naked and I told him to just do what I say then he could leave. I sat on the edge of the bed and told him to make Greg rock hard. John knelt on the bed and looked like he was going to puke as he started jerking him off and I pushed his head down, telling him to suck it.

He gagged as he put his mouth around the head and gave it the smallest suck ever.

I had to jam his head down until he chocked on dick then lift him back up so he could see how I wanted it done. I made him do it for a few minutes then had him lube up his asshole.

We watched as he slowly pushed his fingers in and out. He loosened himself up until he could fit three fingers inside. I then had him get up and straddle Greg so that his back was to him. I told him to ride Greg’s dick and helped him get it in his tight, virgin ass.

As soon as the tip went in he freaked and got back up so I had to push his shoulders down, easing him onto it while he gasped and groaned. His face was scrunched up and he gritted his teeth as he got impaled with dick and I had to give him a minute to get used to it. I knew he would like forced sex.

I got my camera going and told him to take every inch. John leaned forward, bracing himself on Greg’s thighs and started riding him.

He did it slowly and I knew his poor hole was hurting like hell as he moved. “Go faster,” I said and watched as he bounced up and down. He moaned and looked like he hated it until he hit his prostate then he turned into a little slut. Grinding his ass down, he took cock like a pro while his dick got hard. He kept going as Greg held his hips and pushed up.