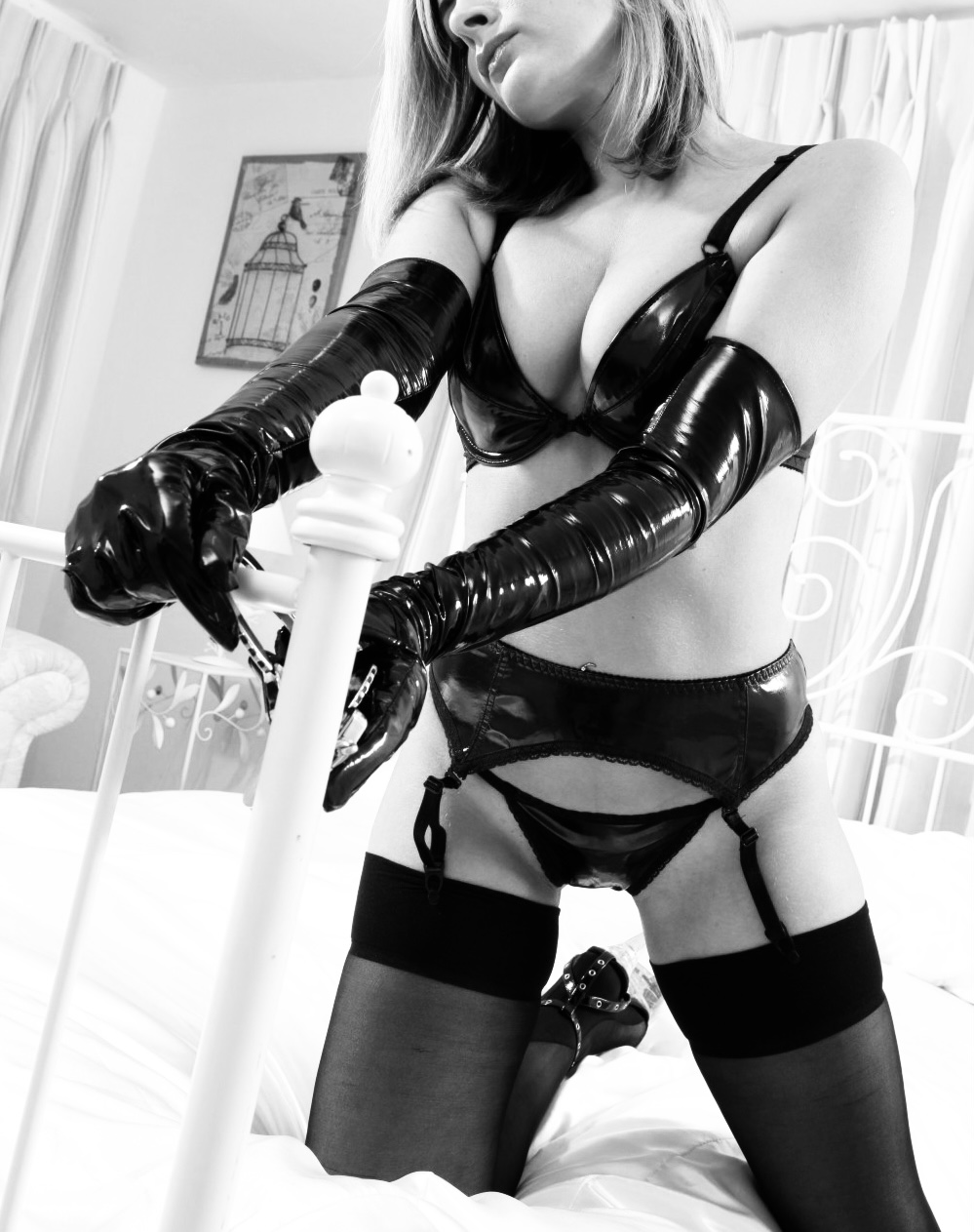 Once the door opened he dropped to his knees, right before his sensual Domme Goddess.

I had him crawl to me, down on his knees where he belongs.

Once at my feet I took his face in my hands & kissed his forehead before allowing him to press his nose against the front of my thong panties. He breathed deeply, taking in all of my scent before I turned around & allowed him the privilege
of pulling my thong to the side and worshipping my divine ass. I get a little wild when a slave is good with their tongue, and oh but he was. It wasn’t long before his back was pressed against the side of the bed and I was sitting on his face, pressing his head into the soft sheets with my heart shaped perfection.
I could sense he was struggling for air so I stood.

He will pay for that kindness from his sensual Domme Goddess.

I had him disrobe as I watched and told him to lay on the bed. He did as he was told, such a good boy in that way. I crawled between his legs, allowing him a good view of my cleavage as I did, and began running my fingernails along the insides of his thighs. He had the audacity to try and grab the cock between his legs. I can understand the impulse, it looked painfully hard. What I can’t understand, or tolerate, is him not being aware that the cock between his legs wasn’t his. It was mine.

I am always prepared, though.

I stood up & walked to the headboard of the bed. With a couple clicks of handcuff locks, there would be no more of that. Since I was already up there I just climbed on top of his face, pinning his head right where I wanted it. I reached down & teased his cock some more while I rubbed my clit against his nose through my panties. He didn’t seem to mind as long as my manicured nails were gently stroking up and down the head of his dick. He started twitching. I took my hand away and used it to pull my panties to the side, finally allowing him to sink his tongue into me and go to work. He was doing a good job for this sensual Domme Goddess, and his cock had settled down a bit, so I leaned forward and cupped his balls in one hand and gripped his shaft in the other. I rocked my hips back and forth over his face, helping his tongue to hit my spot just right, and slowly stroked him.

After all, he had given me three by that time.

Taking ahold of him once again and let myself go really wild. I was riding his face with reckless abandon and stroking that dick of his just as fast. I lost myself in another orgasm brought on by his tongue because the next time I looked down he had exploded all over himself. An hour’s worth of edging and being denied while his sexual Domme Goddess used his face resulted in a cum-load sprayed out across his stomach and chest.

Lucky for him none of it got on this sensual Domme Goddess. I wiped my hands on his chest & simply walked away.

If you like hot phone sex with kinky extreme roleplay – I’m the phone sex queen for you! Call me & Let’s get down to business 😉

One Reply to “Sensual Domme Goddess – The Submissive’s Night In ♕”