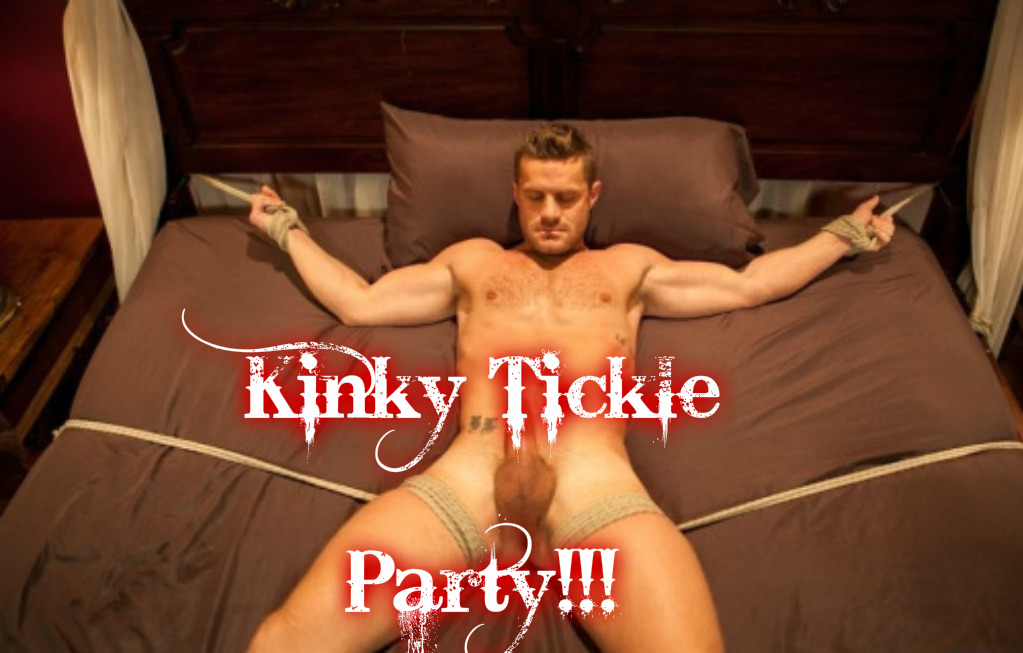 Sensory play can be a lot of different things. This time it’s tickling! So, if you read my last blog, we left off after I’d gotten back at my boyfriend. Well, I don’t just get even. I like to go above and beyond.

So, the next day I sent him a text saying to meet me at a hotel. I knew he’d be excited in so many ways thinking about all the perspective things that could happen. None of those were to be his fate.

When he walked into the hotel room what he saw made his jaw drop. I was there and so were two of my girlfriends. We were dressed to kill in thongs, push-up bras, stockings, and badass hooker shoes.

Did I mention we were all armed to the hilt with feathers, brushes, electric toothbrushes, and freshly done nails? Oh yes, it was on!

Each girl took a foot in their perfectly manicured hands. It was incredibly hot watching them slide their nail tips against the arch of his feet. Watching him twitch and try to jerk his feet was oh so splendid. A smile formed on my lips as I straddled him. Undoing his pants I used the tip of a very soft paintbrush to lightly stroke his cock. It felt so good, but I knew it wasn’t enough to make him cum. Just enough to tease him. To deny him. I stroked that cock for quite a while as my cohorts used the electric toothbrushes on his feet.

Under me, I could feel him squirm and writhe and it felt so good being in control.