I’ll Seek My Revenge And Become His Seductive Mistress!* 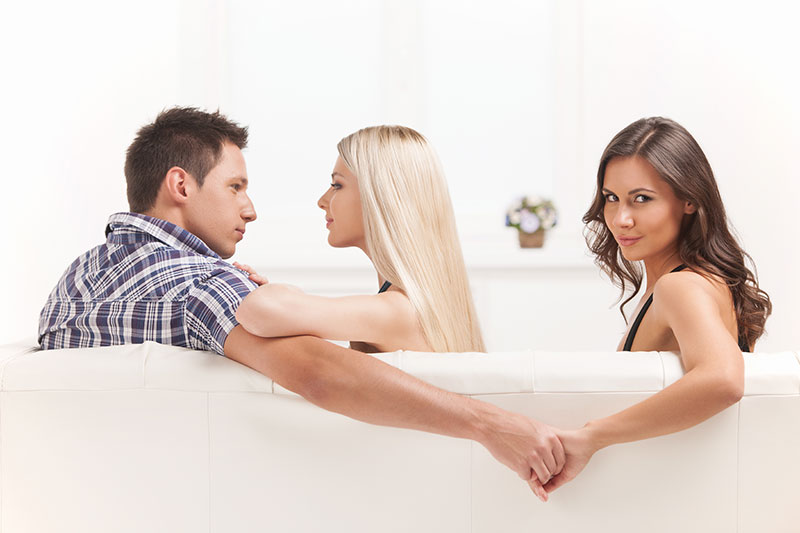 I’ll Seek My Revenge And Become His Seductive Mistress!

I’ll seek my revenge and become his seductive mistress! Sometimes the best revenge you can seek on a bossy bitch is to become her husband’s mistress! I’ve despised Melissa for years now, but we have mutual friends so I’m stuck spending time with her. She’s just so bitchy and always has to be in charge. I heard from our friend Janie that she thinks Melissa’s husband Tom, is getting fed up with her and might be screwing around behind her back. I definitely think he’s tired of her, but I don’t think he’s cheated on her yet, he’s too much of a pussy. Although, I think it would be sweet revenge if I was the one who turned Tom’s head and became his mistress.

I waited and took my time, I wanted this to go perfectly, I wanted to execute my plan flawlessly. I was finally able to get Tom alone at a dinner party one of my friends was having when he went outside for a smoke. So I joined him and flirted with him, telling him how great he looked, he must have been spending more time at the gym lately and it was so great to see him again and blah, blah, blah. I stood close to him, putting my hand on his arm and leaning close while I talked. He asked how I was doing and I put on my sad voice, as I told him that I was single.
It was okay though, I just wish I had someone I could sleep with now and again, you know? I left him with that thought and later that night he slipped her his email address. We started messaging each other and that quickly turned into cybersex, with very naughty photos sent by me to help fuel his fantasies. A couple of weeks later, Melissa was going out of town for a baby shower and I told Tom he must be lonely without her at night, maybe I could cum keep him company. The horny boy invited me over, an hour after she left and I was certain to bite on that line!

When I got there he started taking me to the guestroom. But I told him I wanted to fuck him in the bed he shared with Melissa.

He wasn’t too sure about that in case she smelled my soap or perfume, on the sheets or find a stray hair of mine, she never goes into the guest room though. Of course, I put on my bratty pouty face and told him that I’d waited so long to fuck him, didn’t he want me? That broke him and he took me into the master bedroom, without hesitation. I asked which side of the bed was hers and when I was naked I deliberately laid in her spot. I am such a bitch, I know this. Anyway, he climbed on top of me and began kissing me, doing his best to give me foreplay and to please me. Melissa had this fucker whipped. Luckily for him, all I wanted to fuck his brains out. So he’d be my little bitch instead of hers.

I rolled him onto his back and straddled his waist, lowering myself down on his hard dick. I moaned as he stretched and filled me; my wet, tight pussy covering him. Hmmm, he was definitely bigger, than I thought he was and I knew I wouldn’t be able to get enough. I clenched my pussy around him and slowly began to ride him, working his dick and teasing him. I’d ride the fuck out of him, just until he was about to blow and then, stop cold. I loved teasing his throbbing cock with my pussy!

He put his hands on my hips and pushed up, trying to get in deeper and deeper.

I went a bit faster, as he told me how fucking tight I was. I leaned forward, putting my hands on his stomach and rolled my hips, fucking him now like I meant it. His hands cupped my ass and moved me up and down on him. He was panting and staring at my tits, as the bounced while I moaned and groaned, making it seem like he was the best fuck I ever had, though he wasn’t bad, I needed to remember my actual purpose, but that didn’t mean I wasn’t going to self-indulge! Moments later we… join me for the best phone sex ever and let’s finish this Seductive Mistress fantasy together!