Seducing Step Mother Gets A Cream Pie From The Step Son* 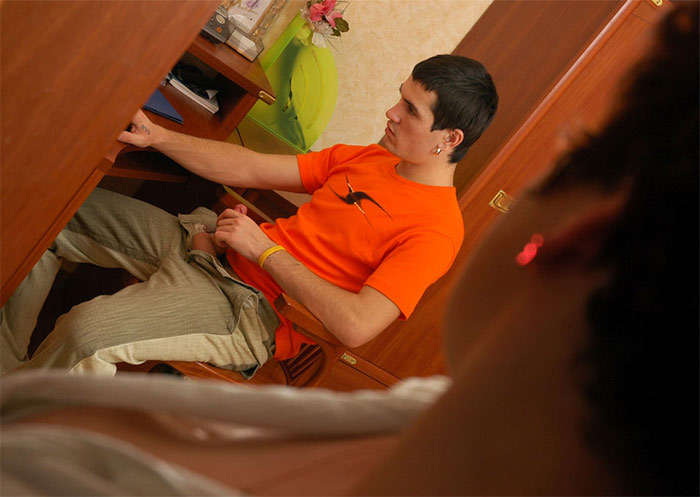 A kinky seducing step mother is that what you’ve been craving? So has my step son! And if you are lucky and turn me on like he does I might seduce you too. Most of you know Roxy does exactly whatever the fuck she wants. Unable to control my sexual urges its just best to let them out. Suppressing them is so bad! But kinky kisses and frenzied fucking is so hot!

My step son and I have been flirting for so long is was inevitable we’d fuck. And last night when I was all alone and he was in the garage working out, I wanted him. Going back into his bedroom I found something I wanted to wear just for him. Slipping out of my jeans and t-shirt I put his clothes up to my nose and smelled them before putting it on.

Walking out into the garage with nothing but a pair of his boxers on he had to take a double take to see if the image was real. I smiled and squeezed one breast as my other hand slipped into the boxers I had on. He stopped what he was doing and sat up on the weight bench. His torso glistening with sweat. All I wanted to do was fuck him, but I decided to be a seducing step mother instead.

Walking over to him and straddling his lap, he looked up at me with those dark and devious eyes of his. Slowly sitting down on hip lap I rubbed my tits across his face. I could feel the sweat and the heat of his body as I wrapped my arms around his neck. The thin boxers were almost like nothing as I felt my step son get hard underneath me.

Time To Get Naughty

I felt his hands slid down my back and into the back of his boxers feeling my ass. He moaned as he squeezed those supple cheeks. I licked his lips and started kissing down his neck and body. Finding his perfect sized cock underneath his shorts just waiting for me. I stroked it once and asked him if he wanted me to jerk him off. His brow furrowed and his lips pushed together. All he could do was shake his head yes.

Stopping I smiled and stood up and pulled his boxers I had on off of me. Playing with my pussy I made him stroke to it. “That’s it baby, stroke that cock good for mommy!”, I panted.  Pushing him back on the weight bench I sat my wet pussy on his face. Grabbing his hair and grinding onto his mouth. I wanted to squirt in his mouth so bad, make him drink my sweet honey I fucked his face harder. I could feel my pussy tightening and knew I was ready.

The flood released and he moaned tasting my juices.  I looked down at him, “Now its your turn to burst”, I smiled and turned around. My ass toward him I looked over my shoulder. “Come on baby, fuck your step mom!”.  He smiled.