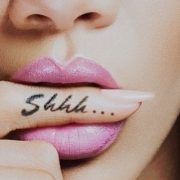 Scat Play Phone Sex. I had the most amazing call with “M” the other day. I understand not everyone is into this type of play and not all my blogs will be about this type of Fetish. However, the call was just so incredible that I had to write about it.

When I turned on my Skype so that I could watch “M”.  I had no idea just how hot the visuals would be. I have watched a lot of my callers on Skype, which I greatly enjoy, but none have been into what the delightful Mr. M is into, Scat Play Phone Sex. As soon as our Skypes connected the sight that met my eyes was thrilling.

He was wearing a pair of pristine white panties.

He informed me that these were his “play panties”, and that not only did he have those on but he also had a toy inserted into his rectum. At this point, I couldn’t see the toy he was referring too, but it wouldn’t take long until I had a full view of the toy. He was sitting in what looked like to be a white shower, leaning back, and relaxing.

His camera was in an optimal position so that I could see everything. He asked me if I was ready and indeed I was. With that, he started to rub the outside of his panties, and I could tell that he was pushing. At first, I could only hear the sound of something creamy and a little wet. Then, within a very short amount of time, I could see the toy start to emerge out the left side of his panties as he continued to push. The toy was a black plug with a ring around it that was positioned over his ball sack.

A few more seconds went by and then the whole toy popped out.

I watched as the pure white panties began to become discolored a little bit, while his hand continued to move over his cock under his panties. Then before I could say anything he scooped some of his mess up and began to rub it onto his hardening cock. With each stroke, a new smear appeared. It was a little difficult for him to do what he wanted as the stool was harder than anticipated. He managed though and I am so glad that he did.

We were both speaking to each other as he massaged the mess against his dick.

Just the simple fact that he allowed me to watch him indulge in scat play phone sex made me smile. Mr. M allowed me to be part of his most intimate moment, and I was grateful. He was still stroking his cock as we continued to speak for a few more minutes. I asked him if it would be alright for me to use our call as a blog, he gave me permission right away to do so.

Thank you, Mr. M, for allowing me to be there for your scat play phone sex pleasure.

It was an honor, and I do not take it lightly that you brought me into your Fetish Phone Sex world. It is a hard thing to allow people into your most intimate moments when you aren’t sure how they are going to react. I had a wonderful time with you and I hope that we can play again soon.

For me, it was an amazing experience and I am honestly elated that I was there to see everything. I love watching my callers on Skype, it allows me to get into the fantasy with you more and makes it more personal for both of us, so do not ever be afraid to ask me to watch. Who knows, perhaps with your permission, you could find your way into one of my blogs as well.  If you love golden showers you would love to read this sexy blog.