Scat Fantasy – Shitting For A One Night Stand ♕ 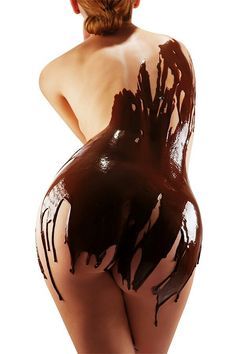 Scat Fantasy – Shitting For A One Night Stand

Scat is a very specialized thing. I’ve never thought about shitting turning someone on so much, until I fucked my latest conquest, who happens to be into scat, very much into scat in fact.

I met him in a bar and was immediately attracted to him. He was tall and muscular, very good-looking with brown hair and eyes, and as soon as our eyes met I knew we were going to fuck. He made a beeline to where I was and sat down in the chair next to me. I was flirtatious and shy at first, but I leaned over and put my hand on his leg when he made me laugh with some terrible joke. I couldn’t take my eyes off him or stop thinking about how big his dick was, and how it was going to feel inside me.

It didn’t take long for me to end up back at his house, which was really posh and absolutely huge. He drove us in a Porsche 911 and I was impressed someone so young was obviously so independently wealthy. He told me he was in finance as we approached his huge waterside mansion, I’d been giving him sly flashes of my bare pussy as we went down the road, and I could tell he was getting aroused.

By the time we got into the doorway, we were making out hard and ripping each other’s clothes off. He led me into a huge dining room with a massive glass table with twelve matching chairs. He picked me up bodily and plonked my ass on the table, placing himself between my legs, spreading them wide, and forcing my skirt up around my waist so I could feel the cold of the glass against my cunt.

We made out and I spat on his fingers and pushed them down to my snatch and he began to finger me.

I tipped my head back and moaned loudly with pleasure. (He has really fat fingers and they feel so good sliding in and out of me.) “Wanna do something really kinky that turns me on more than anything?” He whispered in my ear with a growling tone. “Fuck yes I do!” I said, and I was expecting something kinky but I never expected the next words that came out of his mouth! “Get up onto the table.” He said, grabbing my hand and helping me up until I was standing on it above him.

“Please don’t think I’m weird, but I would love to watch you shit for me.” He said shyly, and I nearly died with laughter! “Are you serious?” I said through my laughter. “Dead serious.” He said, totally deadpan. I was feeling really turned on, and I’m not one to shirk at a new or ‘out there’ experience, so I agreed.

I got into a squat position on the glass table and he lay on his back on the floor so he had a perfect view of my exposed asshole and pussy.

Then I started to push. It took a minute but I could start to feel my bowels moving from being in such a pose, and I knew I was going to give him what he wanted.

I must say I’ve never shit on a table and see someone so turned on. He couldn’t stop thanking me and has been blowing up my phone for PhoneSex ever since. I think it’s because I let him clean me afterward, he loved the taste of my scat on his mouth and buried his tongue into my dirty shitty asshole until it was spotless.

Are you into Scat or other extreme Fetish Phone Sex? We are up for ANYTHING!