Rush Limbaugh Needs to Get Laid! 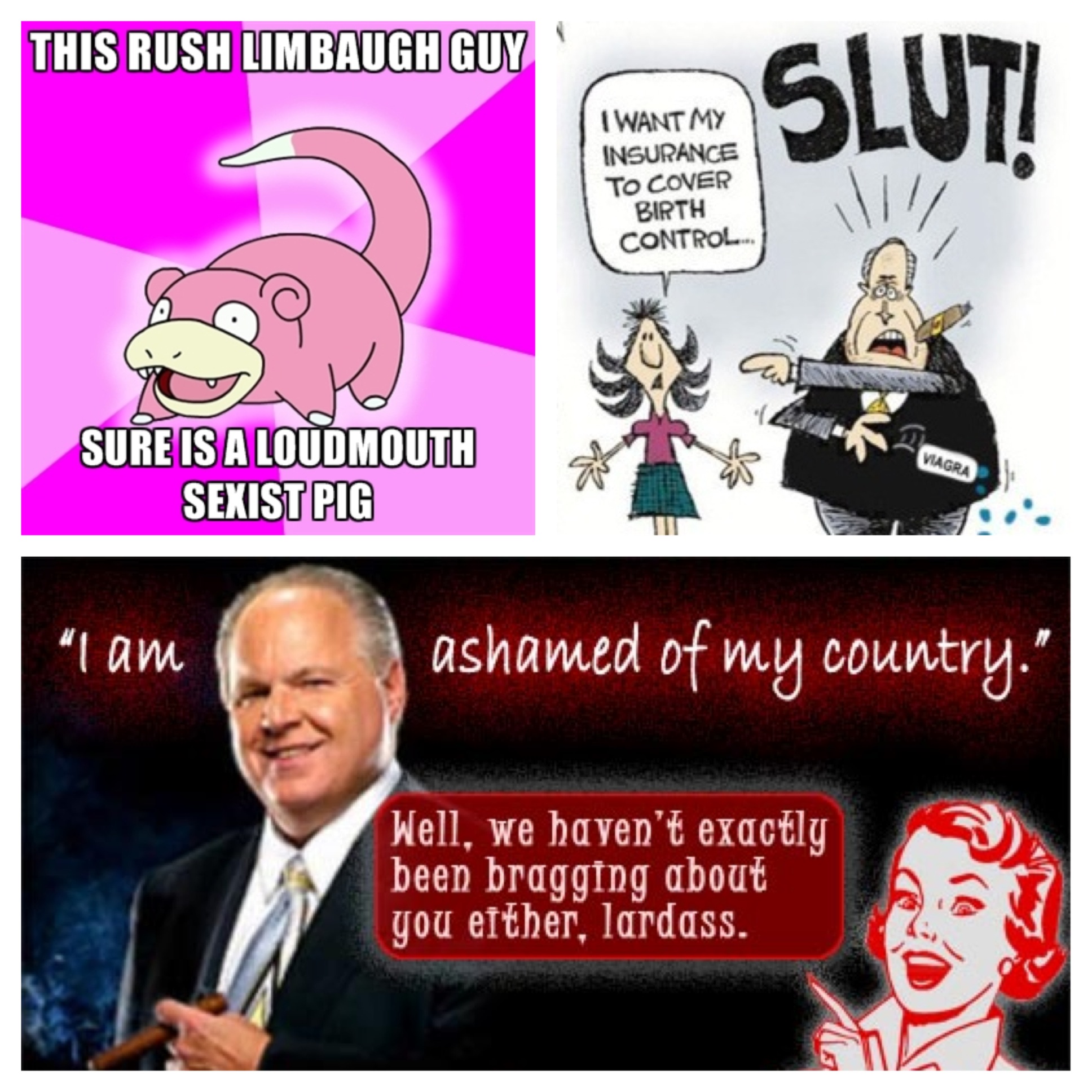 In our day to day lives, we all say foolish things.  And Rush Limbaugh is no exception.  The difference between us and him is that he has a significantly larger pulpit and “congregation”, and that means that his message (such as it is) is further reaching.

In 2012, he called women who are on birth control “sluts”.  Really?!  I’d think that he would be *thanking* these women for being personally responsible and not burdening others financially for their unplanned-for children.

He went on to say that, by ObamaCare covering birth control, the taxpayers were paying women to have sex. (!?!)  He followed that little gem up by saying (direct quote 3/1/12) “If we are going to pay for your contraceptives and thus pay for you to have sex, we want something. We want you to post the videos online so we can all watch.”

I told you that story to tell you this one:

On September 15, Rush said that when women tell their partner NO, what they *really* mean is YES if you know how to spot it.  (Sigh)

According to the Ohio State University’s definition of consent (which is what he was discussing, at the time), “the absence of no does not mean yes.”  OSU continues by explaining that both partners should be continually checking in with each other, making sure that this is still what they both want and are comfortable with. (Good advice, in my opinion.)

Rush seems to think that doing so “takes all the romance out of everything” and that “seduction used to be an art and now it is (viewed as) ‘brutish’”.

This is the same man who said:

“I’m a huge supporter of women. What I’m not is a supporter of liberalism. Feminism is what I oppose. Feminism has led women astray. I love the women’s movement — especially when walking behind it.” (2/3/10)

Obviously, Mr. Limbaugh, you have NO idea what women want.  Please don’t misunderstand that NO as a YES 😉