Rough Sex, Tony Made It Clear He Was The Boss! ♕ 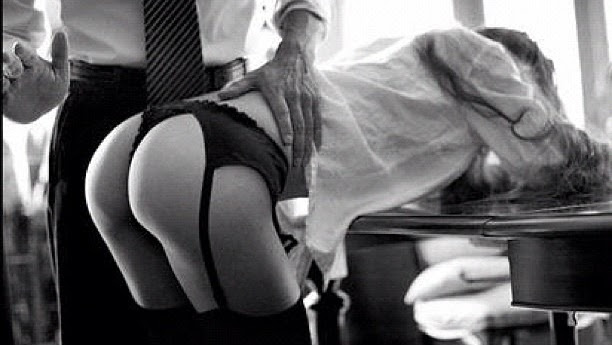 Rough Sex, My boyfriend Tony made it clear to me that he was the boss!

I was so excited to see him arriving home early from work that I rushed to the door and threw myself into his arms as soon as he walked in! Hey Tony Love, I missed you! He pushed me away from him without caressing me or anything. I knew something was wrong!

Everything ok darling? I asked worriedly! “Why don’t you tell me, Simone?” He asked almost sarcastically. I looked at him worriedly, “I don’t know what you mean, Tony”. “Simone, don’t fuck with me, I know you were with someone today so just come clean and we can work this out!” he said with anger dripping off every word. I backed away from him. I never saw him so angry towards me again.

Nothing happened, baby, I swear!

Tony, I have not been with anyone but you darling, I would never do that to you. I said as I was walking toward the kitchen table trying to put some distance between us. He reached into his briefcase and withdrew some pictures. He walked over to where I was standing and threw them down on the table. So your gonna lie to me then he said hatefully! No, Tony, that is just an old friend who I ran into by accident and I sat down with him for a little while to catch up nothing happened, I promise babe. I looked down at the pictures of me sitting with a man and then hugging him outside of the restaurant. He was having me followed. Tony, listen nothing happened, I told him all about you. Nothing happened, baby, I swear! I reached out to take his arm but instead, his arm came up and a stingy slap landed on my cheek, knocking me backward across the table.

He leaned over me as I held my red stinging face crying. He took me by the neck choking me and said, “I don’t want you to ever be with another man no matter how innocent you think it is. You made me do this by lying to me and doing something you knew would displease me. So I have to show you who is boss. Next time this happens I will leave your ass and not look back do you understand me, he said harshly.” “Yes, Tony I understand” I whispered as he slowly released my neck.

He flipped me over and through my yellow sundress up and ripped my white cotton panties from my body and shoved his hard cock deep into my dry pussy. I screamed out but he relentlessly drilled me but soon my body responded to him and I became so wet as I was about to orgasm he came deep inside me. He turned pulling his pants up and walked out of the kitchen leaving me breathless and needing to cum so bad. I laid bent over the table for a minute more my ass bare and alone. Soon, I stood and straightened my clothes. I had acted like a whore so he treated me like one. Tonight though I would seduce him and remind him of all the ways he loved me. I smiled to myself.

If you choose me for your phone sex girl then I will give you 5 minutes of phone sex free with any paid call! Just mention this blog! I like it when my daddy gets a little rough and shows me who is boss!

Everyone needs a little sex therapy!