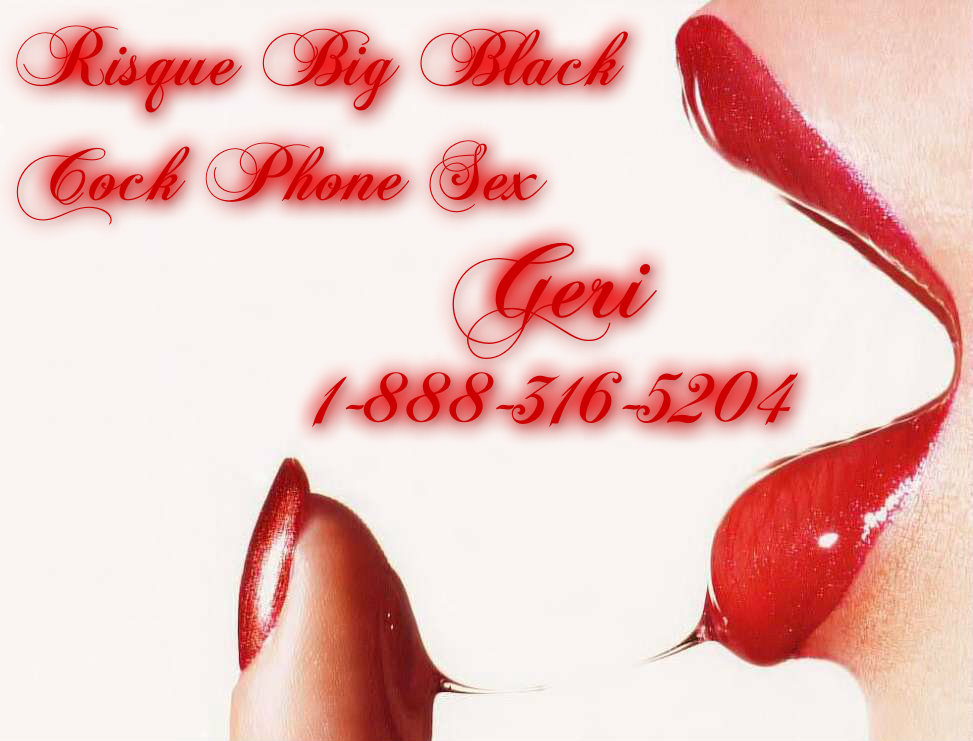 I love really naughty, risky calls. I especially love it when I get a call from a guy while he’s at work, and especially when that caller is a super hot black guy that has a Big Black Cock!

I had one of these calls which turned me on so much the other day I thought I had to share it. I have a very beloved caller who I play with regularly, I’ll call him ‘J’. J is a very powerful and important business man who never really has much time to talk as he always has his hands full with work stuff, and it just so happens he’s a gorgeous black man with a big black cock. It had been a while since we’d spoken, and when he called me he said he was in the middle of a very important meeting but could I set it up, he wouldn’t be able to say much but I could say anything as nasty and filthy as I liked, which is perfect as I’m sure you know by now I have an extremely dirty mouth…

I set it up and he called me back and I could hear other men in the background talking like they were having a group discussion about something professional and boring, but I knew I was going to change that for J!

I began by describing what I was wearing, a tiny denim skirt and a flimsy white tank top, no bra, no knickers. “That sounds great” J said, clearing his throat, he sounded cool and to an outsider would seem like he was just making a business call. I proceeded to tell him in minute detail how I would tie him up and tease his massive black dick with my mouth and pussy and ass, drive him insane while giving him seductive strip tease and long, slow blowjob before undoing his handcuffs and letting him ravage me against the wall with his amazing, 12″, big black cock.

All the while as I told him this I had my love egg in my pussy and was rubbing my clit furiously, and even imagining the scenario was so fucking hot I came really loudly, practically screaming down the phone to J as I tugged on my love egg, I made so much noise I’m surprised the other guys in the meeting didn’t hear me through the handset!

He had remained pretty quiet the entire time, just adding in the occasional “Hmmm…” or “Yes, that could work” and as I panted after my orgasm he waited for me to catch my breath and said “OK, perfect, well I will talk to you about it on Sunday, thanks.”

After we hung up it turned me on so my I had to keep playing on my own for a while, the thought of that room full of people oblivious and me having a screaming orgasm while talking utter filth about teasing and denying a beautiful Big Black Cock, which was rigid hard under his desk, aching to be played with made me so hot, I cannot wait to do another call like that!

Read My Other Blogs