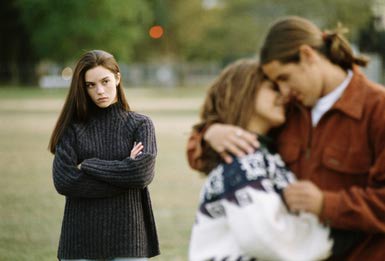 I came to tell you a tale of revenge. Revenge is SWEET, best served HARD, and I happen to like mine HOT, instead of cold.

You See my friend Travis, has been with his fiance’ for over a year now. He was heartbroken when he walked in and caught her fucking his best bud Monte. He stood there and watched as his best friend fucked his soon-to-be nagging bitch of WHORE wife! The WORST PART was Shanda was letting Monte slip it in the back door.

SHE NEVER DID THAT FOR TRAVIS!

So Travis calls me up, and he’s getting angry as he is telling me what has unfolded in his fairy tale of a romance.I told him to come over, because I wanted to clearly understand what was happening. I never noticed before how sexy he was when he was pissed. So Travis told his tale.

After sipping my morning coffee and listening… I replied:

He looked at me with his brow knotted. ” How Anna? how could I possibly get revenge?”

I smiled and sat down at my favorite coffee cup. I stood and sauntered behind the end of the couch my down-trodden friend was sitting on, and I began to rub his shoulders. ” Travis, you should already know that I’ve been thinking of HOW, since you called, and I have a perfect revenge all planned out”

I placed my finger over his mouth, to shhh him. “Hear me out She has to go get all of her little frilly shit out of your house right?”

He nodded, not able to speak as my finger was still violating his lips.

” Okay, I’m going to take my finger away. You are going to grab your cell phone and text that bitch and tell her that she is to be at your house tomorrow evening at 5 pm to get her shit, and she better get it all, because you never want to see her again.”

I arrived at Travis’ at 4:30. Dressed very modestly. Summer dress, white wedges. Totally not my norm. Travis met me in his drive. ” Anna, what are you doing here, Shanda is going to be here any minute!”

I smiled, ” I know, I was just making sure that you know I’m here for you if you need any moral support”

Travis smiled and leaned in to hug me.

Just then, her car came whipping into the drive.

I kissed Travis deeply, passionately and he kissed me back. I don’t even think he realized she was there. But I did. (That’s for damn sure)

I was all over him, kissing his neck, and unbuttoning his shirt. I even got down on my knees, right there with him leaned back against my car, before she opened her fucking mouth.

I looked at her, and I kept unbuttoning. “Baby, I’ve wanted you for so long. I Knew she was a cheating bitch, and you deserve so much better than that. I want you so bad… Fuck me, Fuck me right here in front of her.” I winked, looking up at him. His mouth was stuck in an ” Oh my GOD, state” I finally pinched his thigh to snap him back to reality.

I nuzzled my face against the crotch of his pants, feeling his harden (which surprised me a bit) while watching his perfect little bitch fall all to pieces in the driveway. I begged him “Please baby, make her leave… I need you NOW, I can’t wait any longer!”

He rubbed his fingers through my hair ” Shanda, you’re going to have to come back,” I shook my head no, looking up at him ” I mean, I’ll get your stuff to you somehow” I nodded in approval.

She screamed and blubbered the entire time, getting back into her car. I have no idea what she said.

Travis helped me up to my feet ” Revenge is always better when sex is involved, Travis”

“Anna, I can’t thank you enough. It felt so good to piss her off, and to see her like that!” He said, almost Giddy & excited.

” Now, take me in your house- and fuck me,” I said, almost demanding.

and there it was again… That adorable Oh my god face.

Revenge is a bitch- named Anna

Get yours with Teen Phone Sex!