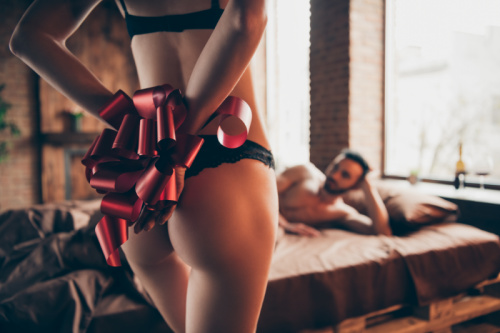 I love to be kinky, but sometimes I take it to a whole new level. Sexting, phone sex, and video sex can be a lot of fun. If you do it right. How about a good kinky revenge fuck?!

Sometimes people can really piss me off. The only way I can make myself feel better is to get sexual revenge. I don’t just mean mild revenge either. There was a guy I was dating at the time. But I am going to refer to him as my ex. He was the biggest ass you have ever met in your life. He actually loved to humiliate me. But not in that fun kind of kinky way. No, in just the normal ass hole kind of way. When someone feels the need to be an asshole…I will show them what it really means to get a taste of their own medicine. I found out he had been cheating on me. So I knew it was time to get him back.

I had it all planned out. Went shopping all day and picked out some really sexy outfits, bras, and panties. I took my time getting ready. Making sure my makeup, hair, and nails looked perfect. I also stopped by the sex shop, but I will get to that in a moment. So, after I was all ready I started to take a bunch of photos of myself. Some with clothes and some without. Then I started to send the photos to not only my ex but all his friends, even some of his family members.

I wanted to see what kind of reaction I could get out of him. I wanted to get him super turned on and pissed at the same time. He immediately video-called me, and that is when the fun started. He was yelling and so pissed that I would even have the nerve to send nude photos of myself to his family and friends. I let him bitch off for a while, well that was until there was a knock at my door.

What he did not know was that I had invited over some of my guy friends to tag team me. He was so busy bitching at me that he did not notice at first that there were do hot ass guys in my bed. But when he did, oh the fit he threw. I propped up my phone so he could see it and started to suck these guys’ dicks. I honestly thought he was going to just hang up on me and I would continue on with the fun. But nope, he watched, very unhappily, but still watched as I let each guy fuck me in the mouth.

After I got these guys nice and hard, I bent over facing my camera and gave him a big smile as one guy shoved his big cock in my pussy. The other guy was standing next to me so I could jerk him off.

Now, the best part was about to happen. I made sure to leave my front door unlocked, I was expecting another guest. These guys took turns fucking me for a good while, then I heard footsteps coming down the hallway. As the door creaked open, there stood the bitch he had been cheating on me with. Lucky for me she was a huge whore. Let me tell you, she was one of the biggest freaks you would ever meet. We fucked her pussy and ass raw!

Want to know if she joined us in my revenge fuck? Call me for Hot Free Phone Sex!