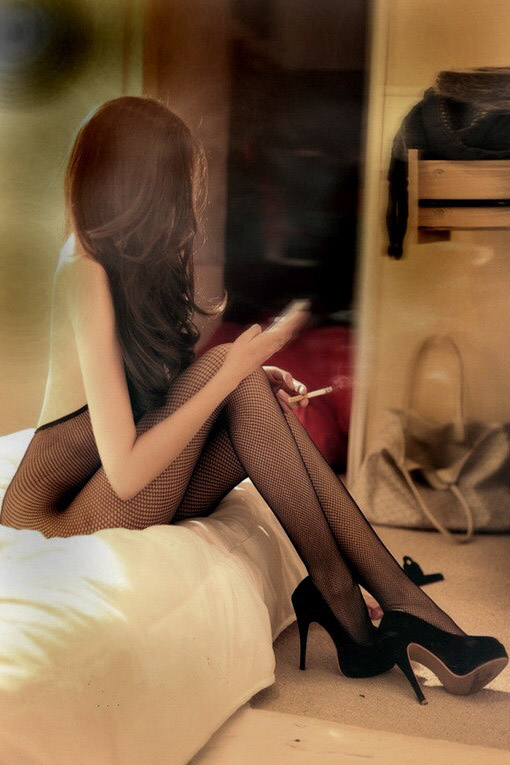 I hadn’t heard from this guy in a while… so, I was surprised when a familiar voice came on the line. When he introduced himself as “Todd,” I was delighted to be right. He was an older man, I guessed in his late forties or early fifties. I like my men older, and when I recognize that in their voices. It lets me really get into the role and today’s role would be a smoking fetish.

It was enough for Todd, and as I heard him moaning into the phone, I knew I had done my job very well. As we chatted afterward, I noticed that something seemed off about his voice. I asked him what was wrong.

“I just quit smoking,” he replied to me.

I don’t know what had me thinking that Todd would have a smoking fetish. I could have been the dejected way that he said that he was off cigarettes. It could have been some memory my mind could not quite conjure. Had he mentioned it before, or did I hear him light up the last time? Whatever caught me, a dark desire rolled through my body.

I pulled a cigarette from my pack and he let out a small whimper as I flicked the lighter. I inhaled deeply as I watched the tip turn into bright embers and relished the warm smoke. Fetish always brings a little something dark out of me. I don’t get to play with the smoking fetish often, and I could not pass up the opportunity to have fun with a recent quitter.

I breathed out gently across the phone, letting the smoke linger.

Todd breathed in quickly, as though he could draw it in through his receiver. I drew in another breath, light and slow, and let it play over my larynx so that I offered him a light and gentle moan. As I pushed the air out again over the phone his breathing became quick and unsteady. This was a charged fetish for dear Todd.

Todd was gone. He let out a long moan and I could hear the sound of his phone shaking. When he finished, his voice was soft and breathy. “Thank you. My wife never smokes in front of me anymore.”

With that, he ended the call. I never felt so good about being so mean then I took one more long pull from my cigarette, letting my lips wrap around the filter and my tongue flick over it. Men and their preoccupation with our oral fixations. I thought.

Do you want some Totally Free Phone Sex tonight?