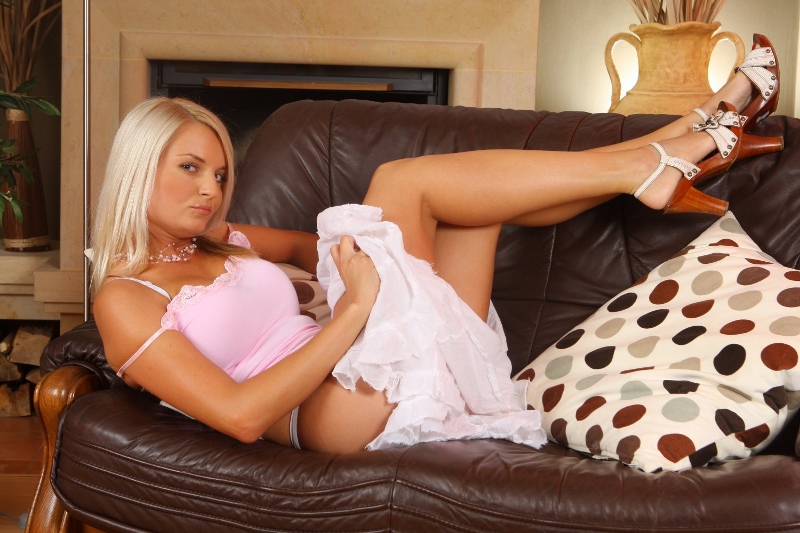 It starts with a thought then it transforms into a fantasy. Is it a weird fetish or is it normal? Your not sure if it’s the thought or the act that turns you on. But fear is keeping you from acting on these naughty thoughts. You need real sex therapy and this is where I can help you. I help guide many people through their sexual fetishes. Together we will explore that thing that’s making your cock throb. Are you going to be brave and let me in on your big secret fantasy? Keeping your thoughts bottled up will only make it worse on yourself. Don’t be shy there is nothing you can say that will scare me away. Like most of you, my client Aaron was shy too. His fantasy was a girl fucking his ass with a strap on.

I keep a strap on in my office and after talking with Aaron I decided to try it on him. Aaron was on his knees and I had him grab my strap on and feel it. His hands squeezed it, stroked it and felt it out. He decided it wasn’t so bad after all. I demanded him to open his mouth and suck it. Aaron was shy but he sucked it. His lips stroked my strap on until he got so excited he begged me to fuck him. Yes, he begged me to fuck him with it. And so I bent him over the therapy couch and fucked him. Now Aaron isn’t ashamed or embarrassed by his love for strap on fucking. And let’s look at Ben and Amy. This couple is married and bored with their sex life or they were bored.

Ben was so afraid to tell his wife Amy he wanted to see her with another man. Amy wasn’t exactly thrilled by this fantasy at first either. She said it made her feel like a slut to fuck another man. But Ben wanted Amy to be slutty sometimes. I brought in my driver Adam whose very attractive with a big dick. Amy instantly felt attraction for Adam. After some long coaching I even got her to kiss Adam. Watching Amy and Adam kiss made Ben excited. While kissing Adam she reached down and grabbed his crotch feeling a big bulge in his pants. They undressed each other while getting lost in the kiss. Adam knelt down between Amy legs and stroked her pussy with his tongue. Ben watched Amy while jerking his cock.

Adam took his cock and placed it inside Amy’s pussy. When I asked Amy to describe what she was feeling she had a few confessions. She confessed Adam’s cock was bigger and was more pleasing than Ben’s. The faster Adam fucked Amy the harder Ben stroked his cock. Now Ben knows he’s a cuckold husband and it’s strengthened his relationship with Amy. Real sex therapy works no matter what fantasies your having. All you need is guidance. Turned on by your sister or step mom? I offer family sex therapy too! My place is a safe place to explore fantasies and sexual desires. You’ll learn your not the only one with a kinky fantasy.

I’ve even found a way to help those who cum too fast. My secret is edging. Edging not only feels amazing but can train your cock over time. We can play a few stroking games or I can break out the sex toys. At first it will be tempting to cave to the orgasm but just follow my lead. In the end it will be the most intense orgasm ever. But with time l’ll have your cock trained. I will teach you orgasm control! Just wait until you feel yourself going to the edge and back. You better hold on because it’s going to be a wild ride. Let’s push your limits and take you to new places. Don’t hold back, let go and give in to your desires.

Don’t be shy and give phone sex therapy a chance. I’m a little kinky and twisted myself. Check out my sexy girlfriend accomplice story. Jerk off while I show you a whole new level of real sex therapy.