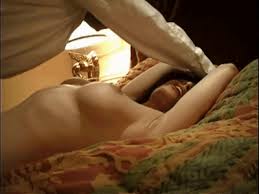 I was just hanging out at a hotel bar one night.  I was on my way to visit my sister and decided that I was two tired to drive any further.  As I am sitting there sipping my wine, these two gentlemen who looked extrememly familiar approached me.   They introduced themselves as Mike and Tom, Father and Son.

After a few minutes of small talk I decided to head to my room.  I said my goodbyes, and headed to the elevator.  Mike and Tom proceeded to follow me there. I had asked if they were calling it a night.  They said sort of.  Whatever that was supposed to me who knew, all I know is I was so ready to let my head hit the pillows and shut my eyes until morning.

I again said my goodbyes and got off the elevator on the 7th floor.   Mike and Tom got off on the same floor.  At this point I was getting a little creeped out.  However, my nerves were set aside when I saw them head in the opposite direction down the hall.

I went into the bathroom to brush my teeth and get ready for bed.  As I am looking at myself in the mirror having a recap of my night I remembered exactly where I saw Mike and Tom from.  They were on the news for just escaping prison.  They were in jail for kidnapping, rape, and attempted murder.  I dropped my toothbrush and ran out off the bathroom as fast as I could to get to the phone.

It was too late, as I ran over to the end stand I tripped,  falling on the corner of the night stand.  Knocking myself out.  When I came to I was tied up completely naked.  I begged and pleaded for them to let me go.  I promised not to say anything about  seeing them.

It had no effect.   One of them had shoved there dick in my mouth, pulling my hair, pinching my nipples.  Rubbing on my clit.  His hands felt like sand paper.  His cock had a tainted smell to it.  I was gagging, tears falling out of my eyes.  I begged some more and he smacked me in the face.  Letting a huge grunt out as he shot his load all over my face.

The next thing I know I feel a burning rip in between my ass crack.   The other guy had done it, he began to rape my ass.  I knew my ass was bleeding.  The pain was so excruciating.  It only took him a couple of seconds, even though it felt like hours before he came.  I have to admit his warm cream was actually soothing to that tore up ass of mine.