Pussy Job : A reward For A Lucky And Obedient Submissive ♕ 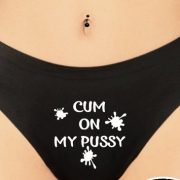 I told him from the beginning that actual sex was off the table.

I’m totally obsessed with pussy jobs! I’ve always enjoyed playing with submissive men from time to time. I like to see them fall all over themselves to please me. My current play partner is no exception. I told him from the beginning that actual sex was off the table. It absolutely was not going to happen. I like to reserve my fuck holes for winners, not for wimps. However, I do want to reward my pet with something delectable when he has been an exceptionally good boy. This is about the first pussy job that either of us had ever experienced.

I knew it would be the perfect addition to my bag of tricks.

As I looked down at him from the bed, I praised him for his obedience.

When Jeff arrived, I was completely naked. I inspected his cock cage, and he waited for me to hand him a to-do list like usual. As he started to talk, I rang the service bell. He knows what that means. He was on his knees at my feet with his hands behind his back, waiting for me to give him his directions. As I looked down at him from the bed, I praised him for his obedience.  He has done everything I ordered. He has been my domestic servant, he’s sucked cock, wears a cock cage and I’ve used him as a toilet.

In other words, it’s a glazed donut instead of a cream-filled one.

I grasped it firmly and then told him I would reward him with a pussy job.

Slowly, I ran my fingertips up his inner thigh. As I caressed his balls, I told him that Although I would never think of him or treat him like a real man, I do, however, think of him like an obedient pet. My hand had found the base of his dick. I grasped it firmly and then told him I would reward him with a pussy job. He gave me a look of shock and disbelief. I just smiled and pushed his back on my bed. Then, I straddled his cock leaving only a minute amount of space between my tight wet pussy and his cock.

I softly grasped his throat and thrust myself forward.

Next, I pushed his cock down against his body, I held my cunt lips apart and lowered myself down so that my pussy rested at the bottom of his shaft. I softly grasped his throat and thrust myself forward. I slid back down, continuing to go back and forth as I listed off all the things he had done that I enjoyed. After I had listed everything, I lifted myself to examine his dick.

I started to give him a nice hard pussy job.

Did you enjoy this post? Come back next week to find out how it ends!

Wanna have some nasty phone sex? Give me a call so we can play!