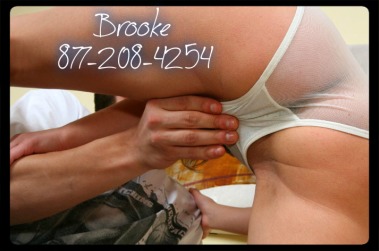 Her pussy was so ready to be fucked!!

Her virgin pussy was dripping in anticipation. She knew that it was finally going to happen and honestly she was ready. She spent years trying to decide when it would be just the right time, who the right person was going to be, where it should happen and how. What she didn’t account for was just how hard it was going to be to hold out.

She swore to herself that she would wait until marriage but it was getting harder and harder to stop herself from moving on to that next step. With his fingers sliding down into her panties she couldn’t deny the proof of her arousal. She had just met him but the effect he had on her was undeniable. He had no idea that the pussy he was about to slide his fingers into was never before penetrated.

As his finger slid down over her sensitive clit she jumped at the intense jolt of pleasure that took over her body. It was at this moment that she began to wonder why she had denied herself this experience for so long. When he finally entered her tight opening he knew….and he was determined to take her innocence.

After getting her worked up so much that her hips began to undulate beneath his hand.

He knew it was time to make his next move. She didn’t protest as he slid her panties down her silky smooth legs. But when she saw the size of his cock as he pulled down his own pants she started to have second thoughts. He didn’t even give her a chance to change her mind.

He quickly lay down on top of her, kissing her and using his hard, thick cock to rub up and down her dripping pussy. With the stimulation once again sending shooting waves of pleasure through her body she forgot all about the fears that had arisen earlier. He lifted himself up just a little and used his hand to guide himself into her virgin opening.

The way her pussy gripped the head of his cock almost sent him over the edge. He paused for just a moment to try to control the sudden rush of semen that started rising up his shaft. He didn’t give a fuck if her first time was all that good, he just met her. But he wanted to be able to enjoy the way her tight cunt felt around his entire cock for more than just a moment.

She felt the pain of his cock pressing into her hole and welcomed the way he paused before he slid into her even farther.

Little did she know the pause wasn’t meant for her at all. Once he finally got control he knew he had to do this quick or she would change her mind. With his muscles tensed he slammed his cock deep into her. He felt the exact moment that her hymen broke around his cock. She let out a little scream of pain as his cock took every bit of innocence that she had been saving.

Once his cock broke through he could barely control himself. The way her pussy incased him was almost like way Chinese finger cuffs felt when you tried to just pull your fingers out of them. The tight grip seemed to just grow even tighter around him as he pressed even deeper into her pussy. Her scream subsided but now her finger nails were digging into his shoulders.

The pain of her nails went completely unnoticed as the pleasure of his unprotected cock started fucking into her no longer virgin hole. Pumping harder and harder he couldn’t believe how fucking tight she was! She was crying but at the same time her hips were fucking him back. As they rotated beneath him she took as much pleasure from her first time as he did from taking his first virgin! The fact that he wasn’t wearing a condom went totally unnoticed by her and he didn’t give a fuck!

It felt so amazing to have no barrier between them and he wasn’t about to stop!

He rolled to the side of her in her bed. They were both sweating and trying to catch their breath. She didn’t mean to fall asleep but exhaustion took her over. When she woke up he was gone. Her sore pussy was leaking like crazy and that’s when it finally hit her. She lost her virginity to a stranger and not only did he make her orgasm so intensely that she passed out but he filled her unprotected, virgin pussy with his seed.

I wonder….did his little swimmers find their mark? Her virgin, fertile pussy was filled to the max and she left it in there all night long!!! I always love the tales of innocence lost! Give me a call and we can share our own naughty first experiences!