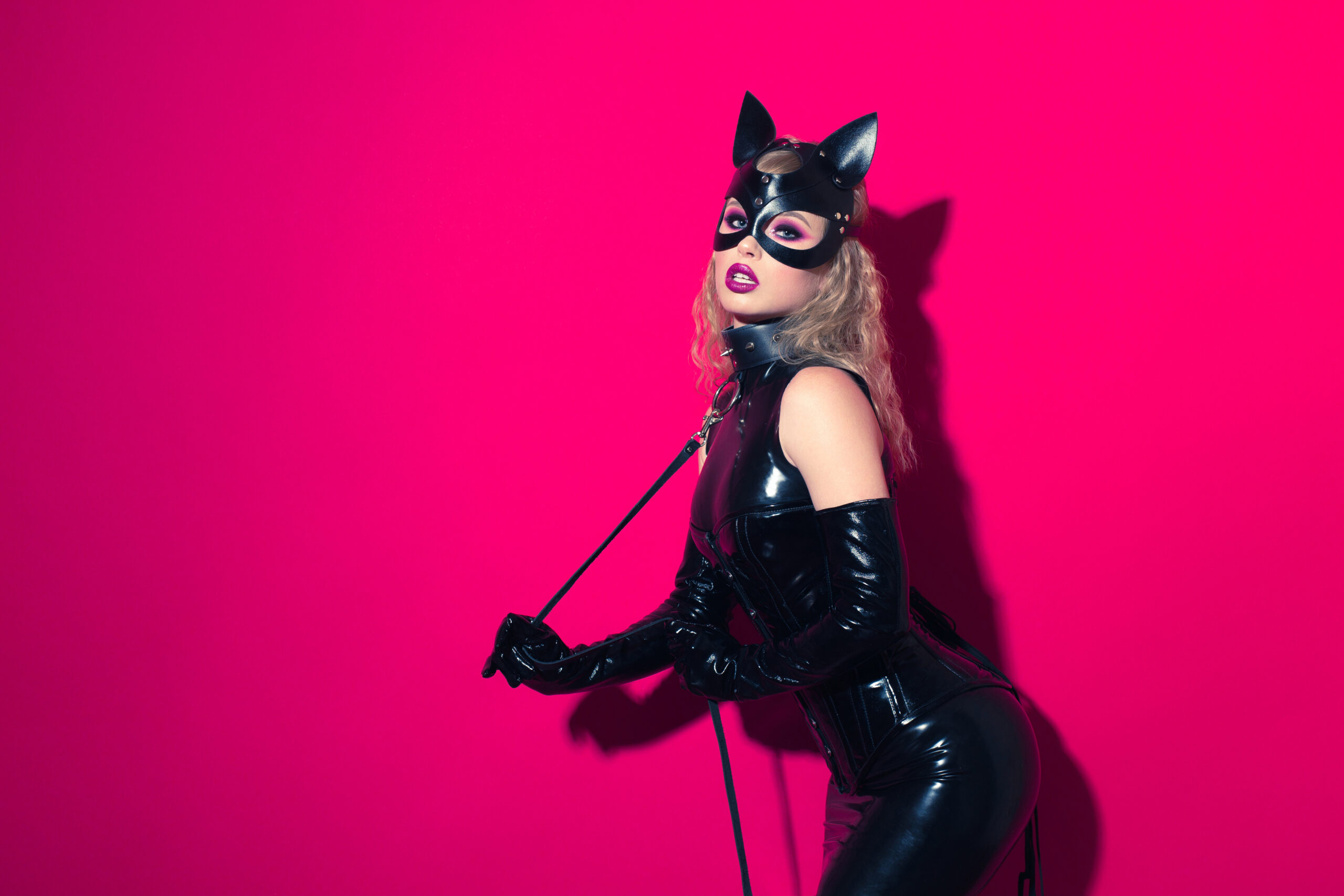 I walked past him into our room.  He knew the drill, follow right behind me, head down, eyes on the floor in front of him and DO NOT look at me during punishment unless he has permission to do so.  As we entered our room I ordered, “Strip out of all of your clothes, you know what to do, Michael!”  “Yes, Mistress Brooke,” he replied.  He did as he was told and proceeded to walk straight up to the restraints used for times like this.

I swear his bitch ass does shit to piss me off on purpose sometimes, just so I will punish him!  He placed his hands out in front of himself, head still bowed, waiting patiently as I bound them.  Once I finished tying up his wrists I took the line hanging from the ceiling and pulled it until his hands were above his head.  There he was bare assed naked in the center of the room with his hands tied above his head, standing on the balls of his feet as he was nearly suspended from the ceiling, waiting for his punishment.

“Why are you in this position, Michael?” I asked calmly, but in a tone that he KNEW meant he was in trouble.  “I disobeyed you by cumming while I touched myself in the shower, Mistress,” he replied, “and now you will punish me.”  “How long did you touch yourself before you came?” I asked.  “Only a few minutes, Mistress, I swear!”  I grabbed his jaw with one hand, thumb on one side of his face and the rest on the other side, and moved his face to look at mine.  He kept his eyes down but I squeezed his cheeks and said, “Look at me, Michael!”  His eyes met mine as I said, “I asked….HOW LONG, Michael!”  “No more than five minutes, Mistress.  I promise it wasn’t any longer than that.”  I let go of his face and he moved his gaze back down to the floor.

So I walked over to the wall and removed my favorite paddle for reddening his ass when he misbehaves.  Moving behind him I said, “You touched yourself for five minutes before you came, is that right Michael?”  “Yes Mistress, only five minutes.”  “Well then,” I started, “for each minute that you touched your pathetic excuse for a cock without my permission will be one hard swat from the paddle.  I want you to count them as I go.  Do you understand Michael?” I asked.